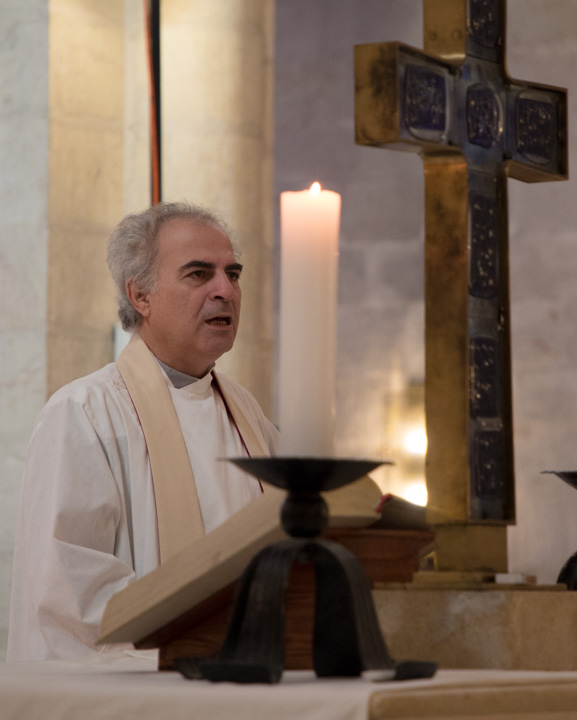 In a democratic election, 38 voting members of the ELCJHL voted for Rev. Azar, the only candidate on the ballot, as the bishop-elect. The ELCJHL synod emerged following the vote.

“I am very happy that the unity of the church has been maintained. I will continue in my capacity as the bishop of the church to keep the unity that is a living witness for our church and for others,” Bishop Younan said.

Among his duties, Bishop Younan governs six Palestinian Lutheran churches and four schools developed for Palestinian children. He launched and built the church and pilgrimage center at the baptismal site on the Jordan River and oversees several other congregational and global developmental programs.

In 2010, Bishop Younan was elected president of the Lutheran World Federation (LWF), a global communion of 145 churches in the Lutheran tradition represented in 98 countries.

The ELCJHL is one of the LWF member churches, serving approximately 3,000 local members.