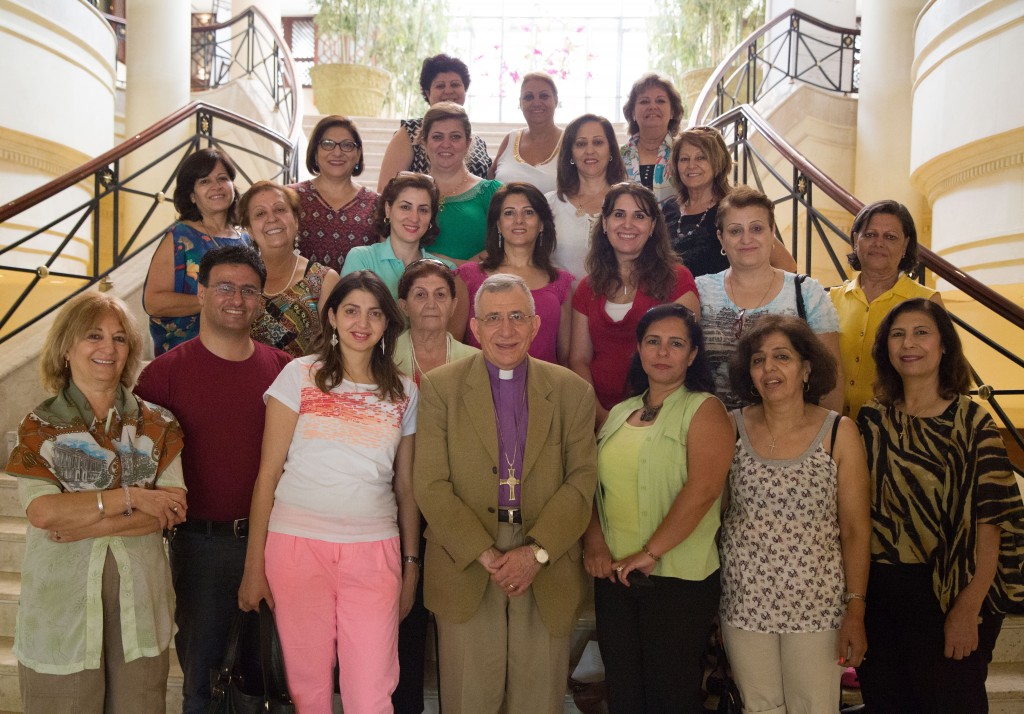 The 2014 Women’s Desk Conference at the Dead Sea, Jordan (© ELCJHL)

DEAD SEA, JORDAN – The Women’s Desk of the Evangelical Lutheran Church in Jordan and the Holy Land held a Summer Women’s Conference for the Lutheran women of Jordan at the Dead Sea from June 10-12, 2014.  The Women’s Desk, headed by Suad Younan and facilitated by Bassimah Jarayseh, invited speakers to discuss working to move forward laws that protect women in Jordan.

Mrs. Suad Younan started the conference with a discussion of the four pillars of UN Resolution 1325, a resolution on the protection of women:  prevention, participation, protection, and relief and recovery.   The discussion continued with the help of Advocate Lubna Dawani, a Jordanian lawyer and Vice President and Board Member of MIZAN, a law group concerned with human rights.  Ms. Dawani discussed the status of Family Law in Jordan, as well as human and gender rights as outlined in Jordanian law.  The ELCJHL and the Women’s Desk in particular are hoping to prepare a national action plan concerning families and to help inform laws on women’s rights and health, not just at the local level, but also at the national level.

Dr. Abeer El-Far, a Jordanian psychologist and Vice President of the Jordanian Psychological Association, spent time discussing emotional intelligence and domestic abuse with the women.  Ms. El-Far also led an activity with the women concerning their self-critical and self-confident emotions.

The conference ended with Bible studies on Luke and Mark, as well as prayer for both the attendees and the coordinators of the event.

To view photos from the event, you can visit the ELCJHL’s photo gallery.