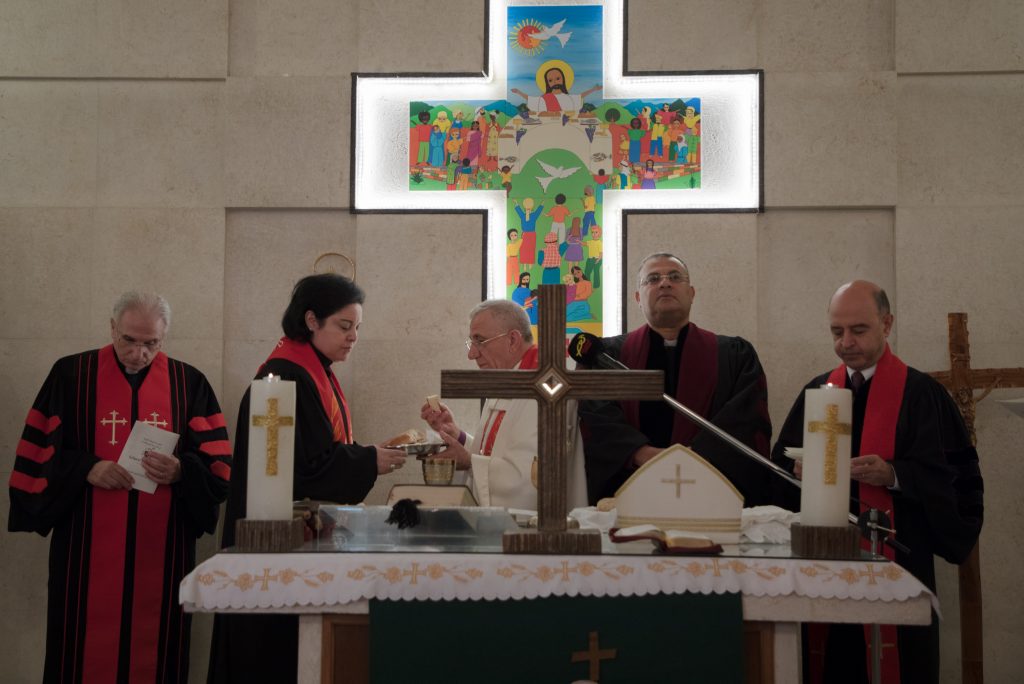 Amman, Jordan – Together with one voice delivering the Words of Institution, The Evangelical Lutheran Church in Jordan and the Holy Land prepared the Eucharist table in concelebration with other Evangelical churches for the worship service during “The Evangelical Reformation and the Middle East: A Way Forward” conference, Tuesday 26 September in Amman, Jordan.

“The Evangelical Reformation and the Middle East” conference evaluated how the 1517 reformation event is amplified in all aspects of social, political and religious life in the Middle East today.

Gathered under the roof of The Evangelical Lutheran Church of the Good Shepherd in Amman, church leaders from the Evangelical denominations around the Middle East shared in the preparation to administer Christ’s blood and body to the congregation attending the conference and local members in a concelebration.

In 2006, the ELCJHL and six Reformed churches in the Middle East signed a mutual recognition agreement called the Amman Declaration.  Through this declaration, the churches recognize each other as apostolic churches in preaching the Gospel and administering the sacraments.  The churches mutually accept the validity of each church’s ministry and asked the Holy Spirit to bless the declaration so that it will lead to unity. (See first concelebration article, here)