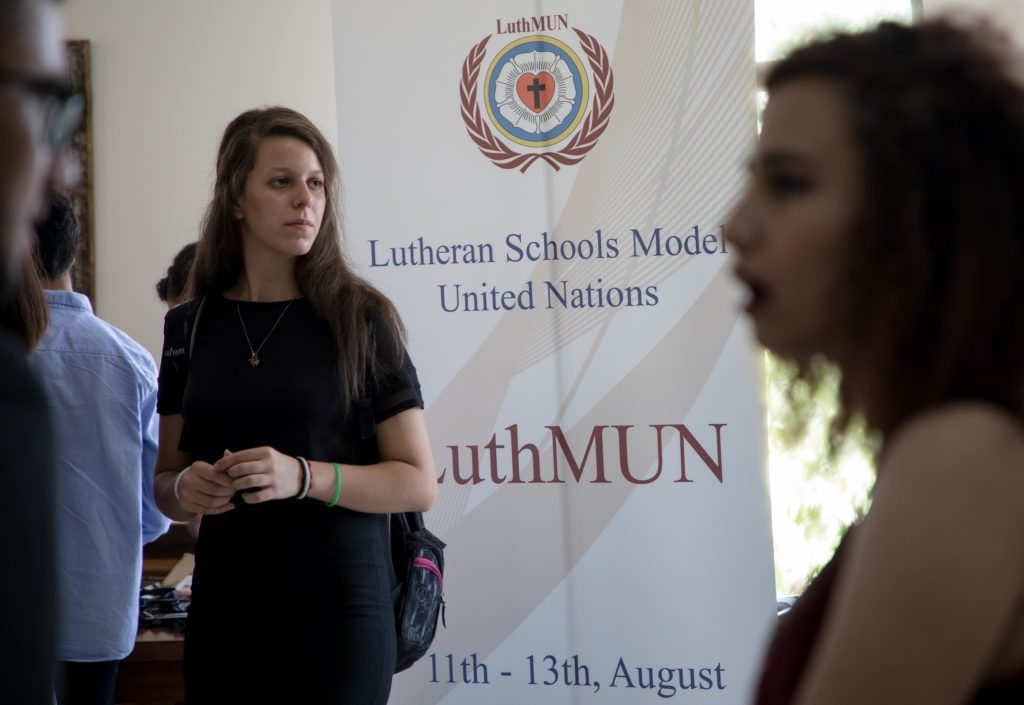 It all began with a dream by students in 2013 to one day host a Lutheran Model United (LuthMUN)  Nations National Conference. Today, LuthMUN realized its dream for the second year in a row hosting 310 delegates from schools in Palestine, Nazareth, and Jerusalem; a 100-student increase from its first National Conference in 2016. The conference was held August 11-13, 2017 at the Bethlehem Russian Center. 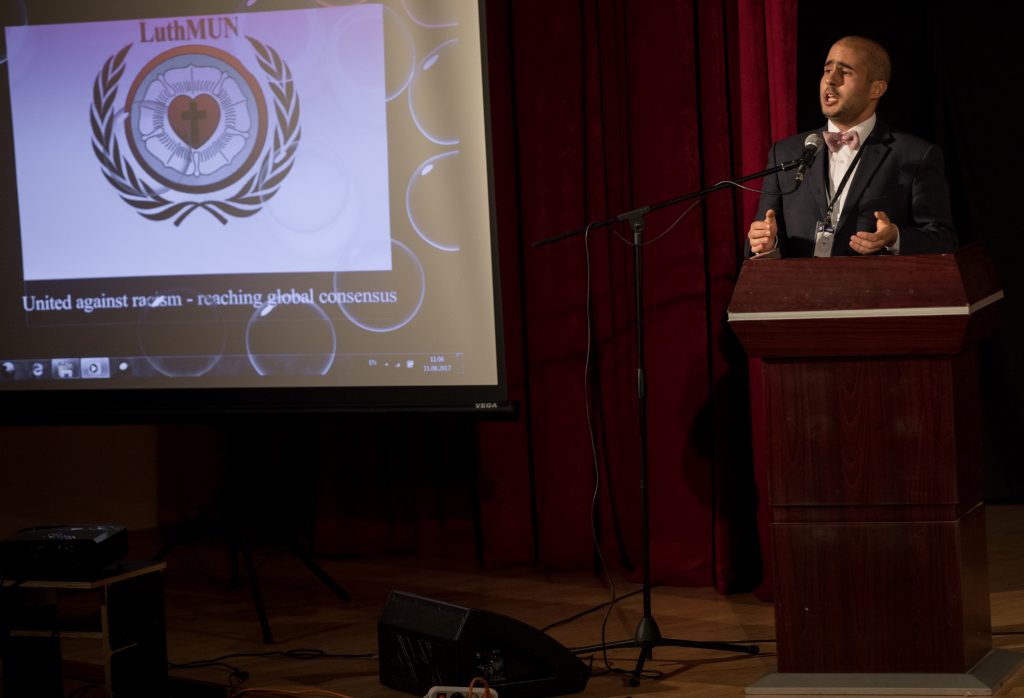 Keynote Speaker, Fajr Sarhan a graduate of The Lutheran School of Hope, advises delegates to be confident and make friends. Photo by Ben Gray / ELCJHL

This year the topic is fitting for a people plagued by laws that appear to be racially biased, and in a world where racism is becoming acceptable in the public sphere. The LuthMUN 2017 theme is “United Against Racism: Reaching Global Consensus.”

The LuthMun 2017 Secretary General, Rani, a senior at Talitha Kumi, addressed the delegates about the importance of this year’s theme stating, “Racism is a destruction of peace. It leads to self-shaming, depression, and suicide.”

Rani quote Rev. Dr. Martin Luther King Jr. who had a dream that racism would end in the United States, but noted how this has not become a reality. Rani continued,  “Unfortunately, racism is also a reality in Palestine, today.”

Four years ago LuthMUN was created by the ELCJHL Director of Education’s Office with only Lutheran schools participating in the first two. This year and last year, LuthMUN hosted area participating schools representing eight committee topics:

LuthMun executive team members state that racism and discrimination are ills that taint all areas of society.

According to the LuthMUN website, The conference is resolution based so that delegates can create solutions to the issues in order to fully understand the importance of the topics.