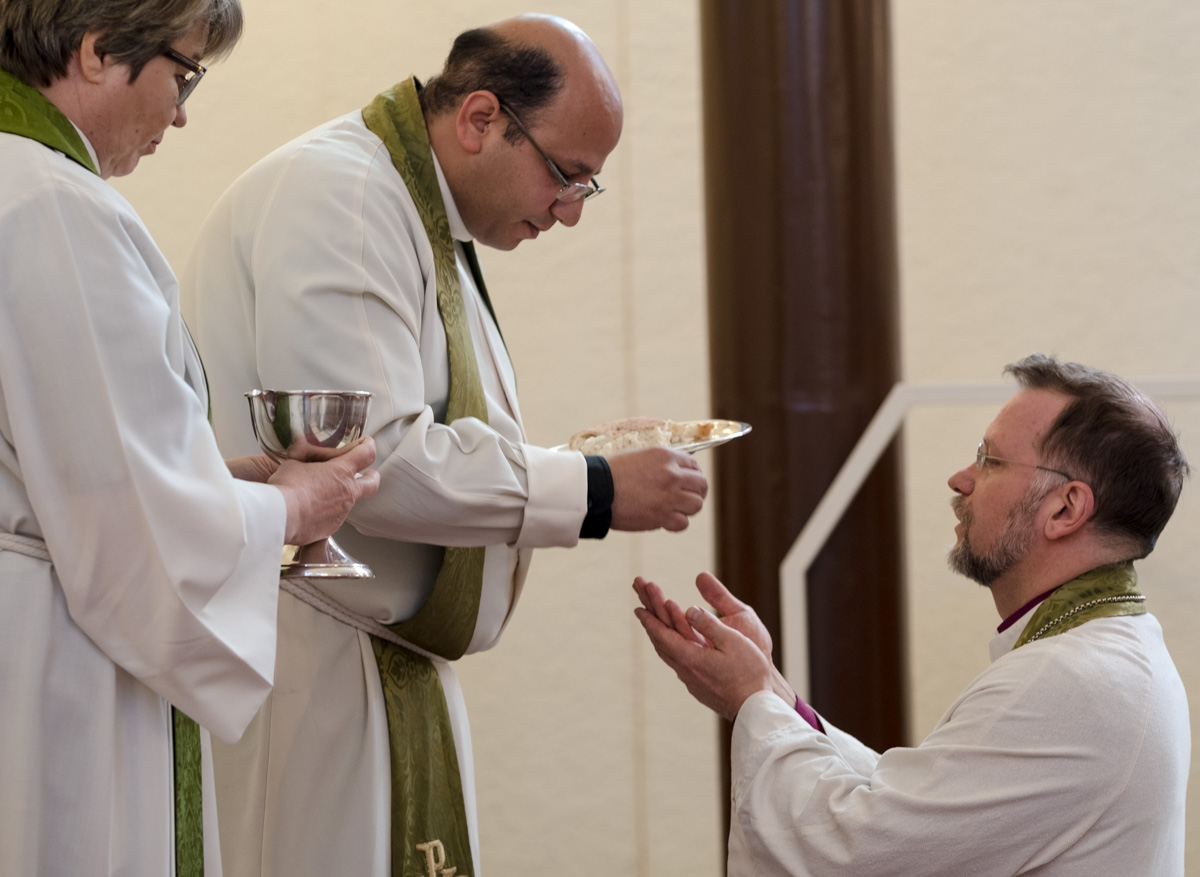 Using Galatians 6:10 as a guide, “Therefore, as we have opportunity, let us do good to all people, especially to those who belong to the family of believers,” the Kuopio Diocese, and the Finnish Evangelical Lutheran Mission(FELM), and the ELCJHL will enter into renewed partnership with dignity, respect, reciprocity, equality, and solidarity.

The Lutheran Church of Finland and the ELCJHL are member churches of the Lutheran World Federation.

Since 2009, the Kuopio Diocese has been in partnership with the ELCJHL churches and three Evangelical Lutheran Schools of the ELCJHL: Hope Ramallah, Beit Sahour, and Dar al Kalima schools.

The most critical parts of the relationship according to the Bishop of the Kuopio Diocese, Jari Jolkkonen are as follows:

The Kuopio delegation was comprised of six deans from Kuopio parishes, others from the Diocese and the Bishop of the Kuopio Diocese.

The delegation visited schools, met with Bishop Younan, participated in the Joint-Common Prayer service between Catholics and Lutherans, and worshiped at The Evangelical Lutheran Church of Hope in Ramallah among other activities.

During Bishop Jolkkonen’s sermon at Hope Ramallah on Sunday before the delegation’s departure, he preached,

“This partnership with ELCJHL has changed us. Every time I see in the news of violence in the Holy Land it breaks my heart. It makes me feel pain. I don’t just speak for myself but on behalf of the entire delegation. Therefore, we pray every Sunday for you and will do everything to stand with you in solidarity.”