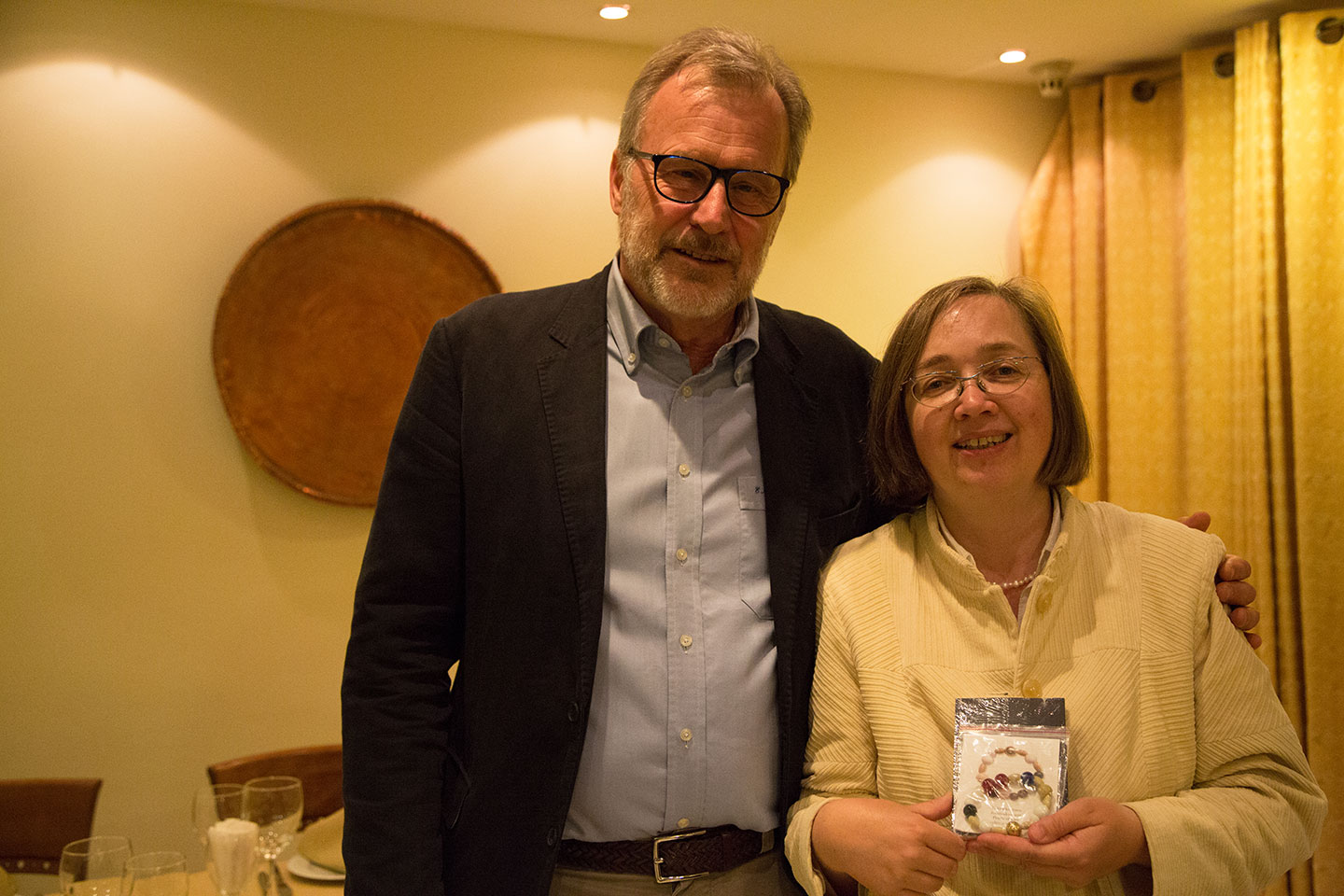 At the 2014 COCOP, or the The Coordination Committee for Cooperation between the ELCJHL and Overseas Partners, Church of Sweden member Erik Apelgårdh was elected as the new co-chair of the meeting, replacing Inken Wöhlbrand from The United Evangelical Lutheran Church of Germany (VELKD).

COCOP was started in 1978 with an aim to support the ELCJHL in its ministries.  It has since turned into a partnership between the ELCJHL and its overseas partners, with voting members from all parties.

Thank you to Inken Wöhlbrand for her years of service as the co-chair for the annual COCOP meeting. As we say goodbye to Inken, we welcome Erik Apelgårdh as the new co-chair and look forward to many fruitful years together.

To view photos from the 2014 COCOP meetings, you can visit the ELCJHL’s photo gallery.

HANNOVER, November 4, 2010 – “The unity of our Lutheran communion is our aim, and it must be our goal that no actions or decisions by individual churches can be viewed as divisive for this communion. Because, in our unity, there is a living witness.”

With these words Bishop Dr. Munib A. Younan, Bishop of the Evangelical Lutheran Church in Jordan and the Holy Land (ELCJHL) and President of the Lutheran World Federation (LWF) opened his address to the Vereinigte Evangelisch-Lutherische Kirche Deutschlands (VELKD) in November 2010.

Younan was invited to address the eleventh General Synod of the VELKD in Hannover during their November meetings, and was pleased to be able to attend.

This visit gave the opportunity for Younan to share his appreciation for the strong support of VELKD as well as to outline more fully the path of accompaniment that stretches out before and beyond the Lutheran communio.

In his address, Younan called for continued partnership between churches in the Middle East, the churches of Europe, and of the world, and thanked VELKD for its commitment to interfaith dialogue.

Drawing his address to a close, Younan addressed the concerns of Christians in the Middle East and the growth of extremism in all religions, saying:

“For me, extremism cannot be fought except with the weapons of education and interfaith dialogue. For this reason, the LWF, VELKD, and ELCJHL must be committed to working together so that churches and various development agencies can succeed in their mission. Education can teach the world to be more tolerant and to respect the rights of the other, accepting the other as they are. Through interfaith dialogue we can understand and accept our differences while recognizing equality in our humanity. This is the reason that in our education we want to promote a theology of creation side by side with a theology of salvation.”