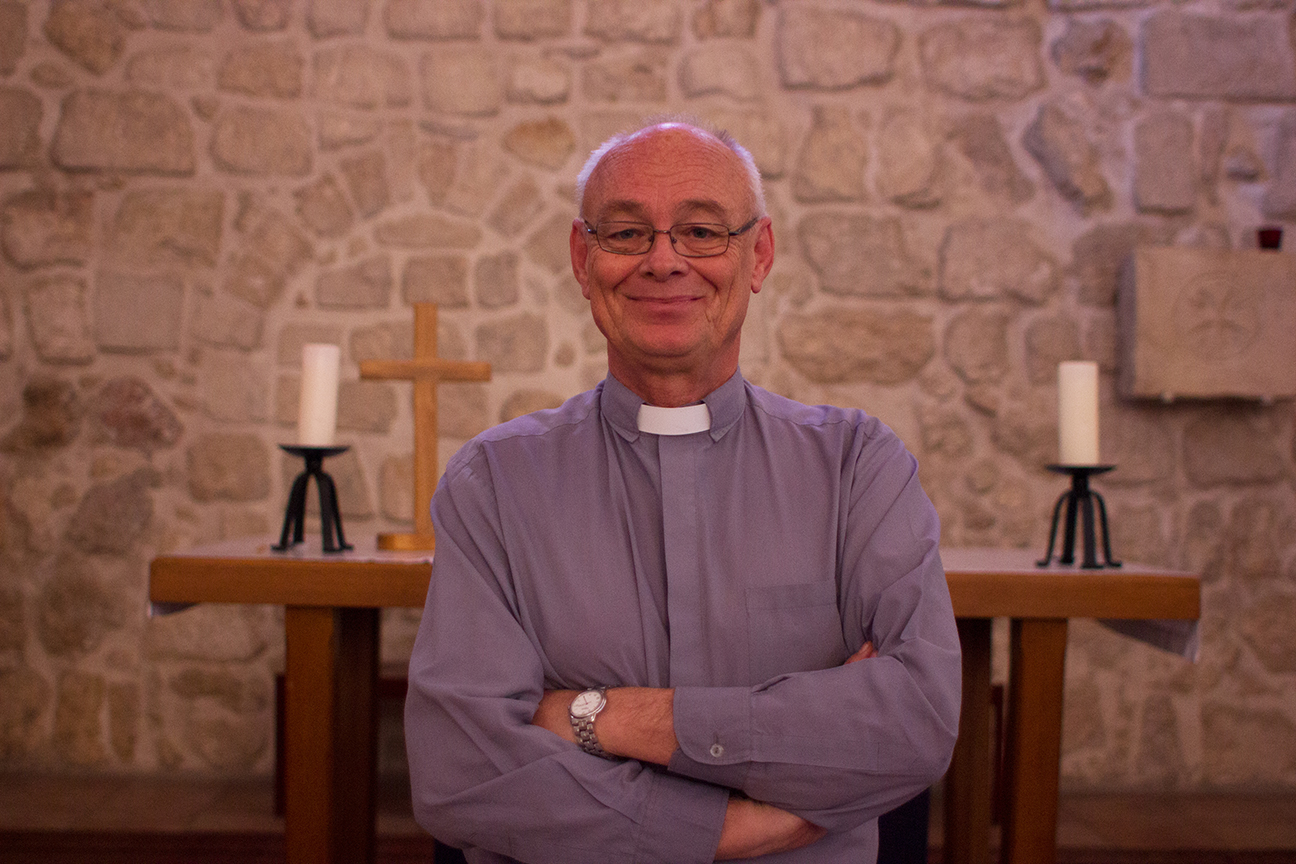 We sat down with Rev. Pearson to talk to him about himself and the Baptismal Site at Bethany-Beyond-the-Jordan.

Tell us a little bit about yourself.

I was born in Sweden and always grew up in a Christian environment.  First in the Salvation Army, but then I was involved in the youth movement in our home congregation in the Church of Sweden.  I started out studying journalism, but after a year, I changed my mind and went into theology.  I met my wife, who is a bio-chemist, when I was studying theology.  We married and I became the pastor of a small congregation in Sweden.  Then, we went to Zimbabwe in 1982, just after the War of Independence.  Kerstin set up a laboratory at a hospital that had been closed during the war and I became the pastor of a congregation.  I spent two years there before being asked by the Evangelical Lutheran Church in Zimbabwe (ELCZ) to start an educational center in the south of Zimbabwe.  I wrote a textbook and grammar in Shona, the local language, and we also taught the language to missionaries and NGOs working in Zimbabwe.  We went back to Sweden in the ‘90s and I took over the missionary education for the Church of Sweden.  But we didn’t stay long – we went to the Gulf, the Arabian Peninsula, for 10 years, working with the Middle East Council of Churches (MECC).  We worked as the Gulf Liaison Officers of the MECC with the goal of helping churches coordinate their services to the often abused and oppressed migrant population.  After finishing our commitment in the Gulf and moving back to Sweden, we thought our traveling days were over.  After two years, we found the Ecumenical Secretary position in Jerusalem where I have been serving.  And now we’re heading out again!