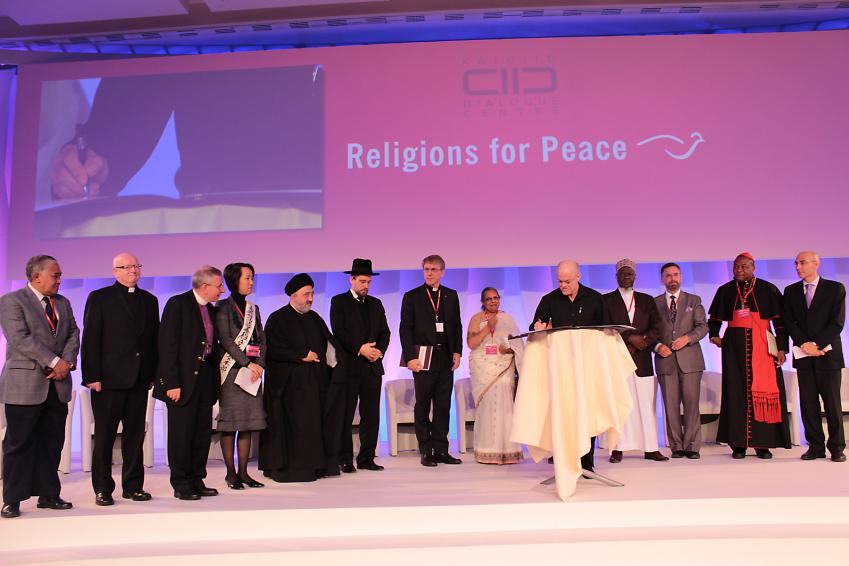 LWF President Younan: Apply Justice by Accepting “the Other”

The signing took place on 21 November at the 9th Assembly of Religions for Peace held in Vienna, Austria, and attended by more than 600 delegates representing Buddhist, Christian, Hindu, Jewish and Muslim faiths. A representative from each religion read a part of the document before signing it.

The affirmations developed by the United Nations High Commissioner for Refugees (UNHCR) following an LWF-led initiative, were launched in June this year, and endorsed by the LWF Council at its meeting the same month.

Younan said the signing of “Welcoming the Stranger” less than a year after its initiation was an emotional event, which illustrated what can happen when religious leaders and politicians work for the good of humanity.