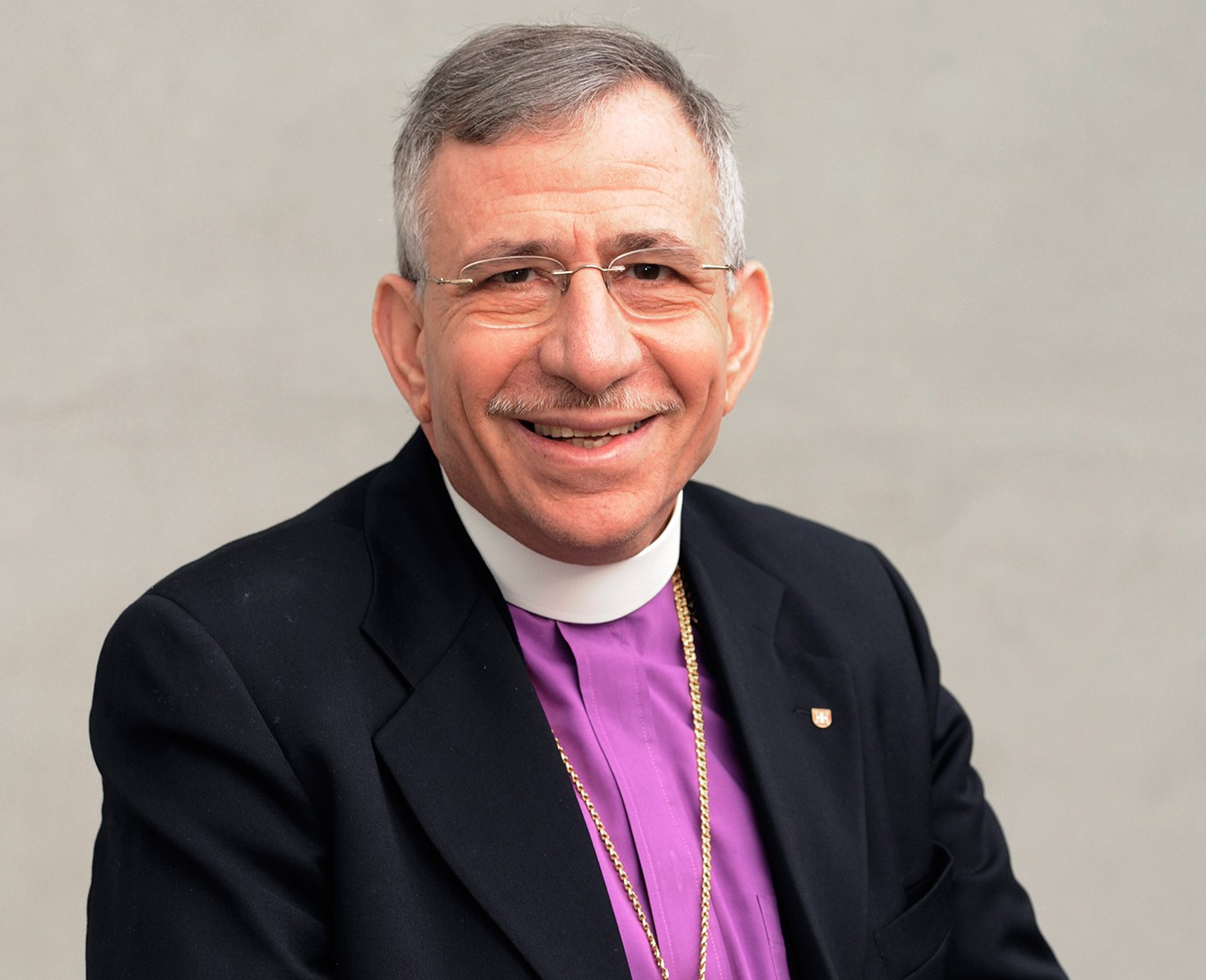 On Wednesday, November 19th, 2014, Bishop Munib Younan was bestowed with the title of Doctor Theologiae Honoris Causa from the Protestant Theological Faculty of the Westfälische Wilhelms-Universtät Münster for his work to bring peace to the Middle East. Bishop thanked the gathered community for the honor bestowed upon himself and his church and spoke on the work … END_OF_DOCUMENT_TOKEN_TO_BE_REPLACED

JERUSALEM – On  November 10, 2014,  corresponding to the 17 of Muharram 1436H, a senior delegation of Patriarchs and Bishops of the Holy City and representatives of all the churches in Jerusalem visited the Haram Asharif compound.  They were received by the Chairman and members of the Islamic Waqf Council and senior staff of Awqaf … END_OF_DOCUMENT_TOKEN_TO_BE_REPLACED 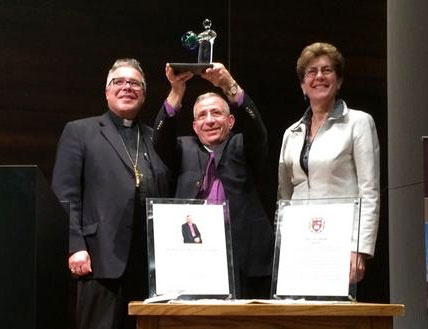 WATERLOO, CANADA – On Wednesday, October 22nd, 2014, Bishop Munib Younan was awarded the 2014 Civis Muni Award for Global Citizenship by the Waterloo Lutheran Seminary in Waterloo, Canada.  The award is being presented to Bishop Younan for his dedication to bringing peace to the Middle East.  The award is given to those who embody … END_OF_DOCUMENT_TOKEN_TO_BE_REPLACED

The atrocities of war have reached frightening dimensions in the Gaza Strip. 100 000 people are internally displaced trying to escape the assault, and the death tolls are on the rise. Three out of four that have been killed are children, women andother non-combatants. The widespread demolition of civilian infrastructure, hospitals, clinics, schools, water and sanitationfacilities, threatens the war-affected population’s access to basic services and human rights. The staff, working at the social institutions of the churches’ in Gaza, tells us that people are seeking shelter in their churches, hospitals and schools. The church institutions are located in poor and vulnerable areas of the Gaza Strip. They report of anexhausted population who has no place … END_OF_DOCUMENT_TOKEN_TO_BE_REPLACED

Dear Bishop Eaton, Salaam and grace to you from our Lord and Savior, Jesus Christ. I want to thank you for your letter of support and comfort. It comes at a time when we find ourselves in a terrible situation. I have always written that we in the Holy Land are in a continuous state … END_OF_DOCUMENT_TOKEN_TO_BE_REPLACED

“In the day of my trouble I call on you” — Psalm 86:7 Witnessing the bombardments, hearing the sirens, listening to the cries of mothers and children, seeing the ambulances carrying the wounded and people living in absolute fear, the ELCJHL cries out to God. We also raise our voice to all Christian sisters and … END_OF_DOCUMENT_TOKEN_TO_BE_REPLACED

CHICAGO (E​LCA) – As the conflict between Israel and Hamas in the Gaza Strip further escalates, the Rev. Elizabeth A. Eaton, pre​siding bishop of the Evangelical Lutheran Church in America (ELCA), expressed her profound concern for members of the Evangelical Lutheran Church in Jordan and the Holy Land in a July 17, 2014, letter to … END_OF_DOCUMENT_TOKEN_TO_BE_REPLACED 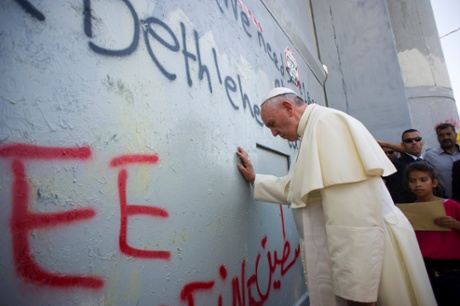 ELCJHL: You were invited to visit Pope Francis in Jordan, Palestine, and Israel? Bishop Younan: Yes, I was invited to the meeting with Pope Francis in Amman at the King’s Palace. All of the Heads of Churches, the Royal court and governmental ministers, attended this meeting, as well as Pope Francis’s delegation. King Abdullah II … END_OF_DOCUMENT_TOKEN_TO_BE_REPLACED

A threatening letter was sent to the General Vicar of the Latin Patriarchate in Nazareth, Boulos Marcuzzo, which stated that Arab Christians had until May 5th, 2014 to leave the country. If they did not leave, 100 Christians would be killed for each hour of delay. A person of interest from Safed was arrested and … END_OF_DOCUMENT_TOKEN_TO_BE_REPLACED 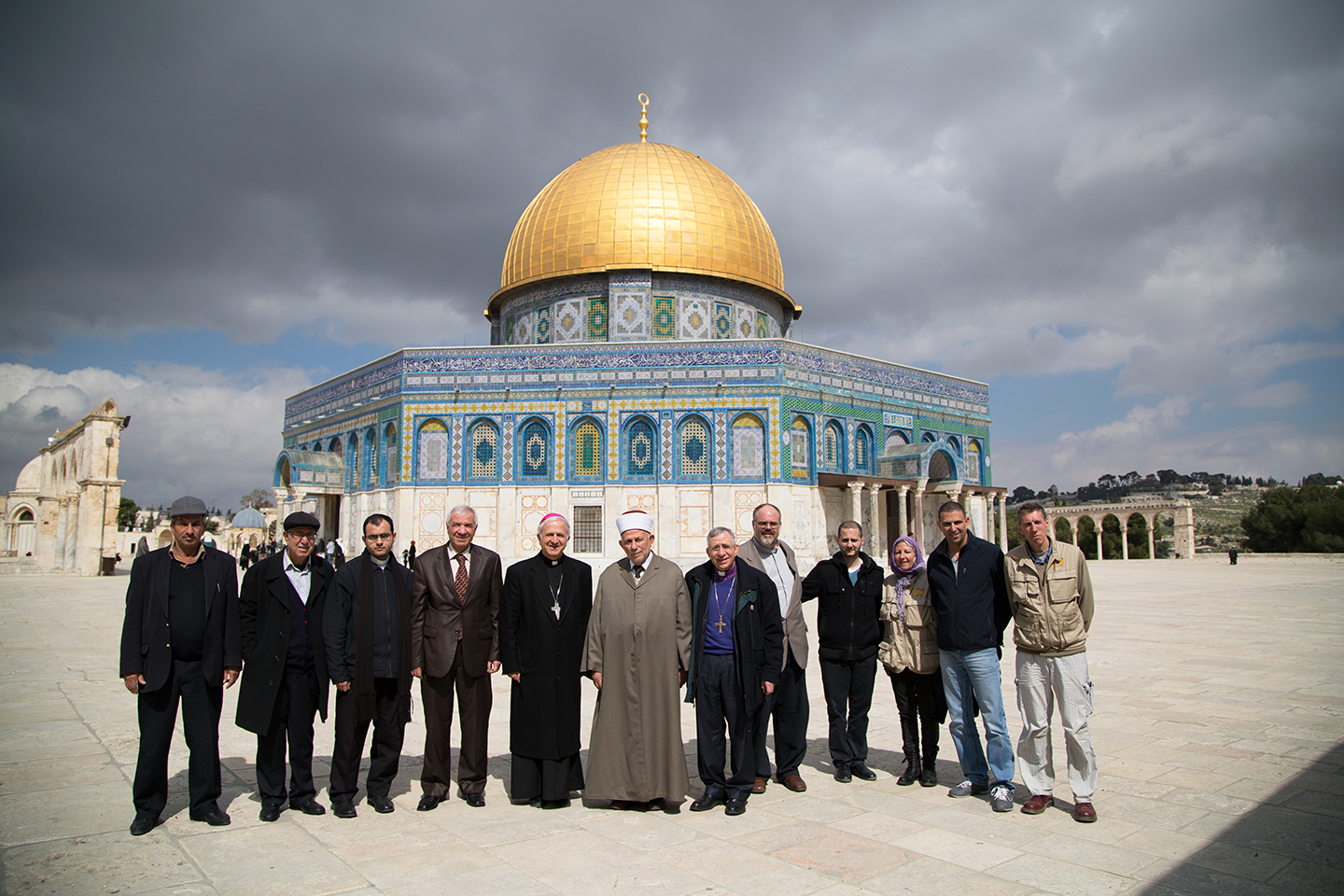 Bishop Munib Younan and Msgr. William Shomali of the Latin Church met with Sheikh Abed Atheem, Imam of Al-Aqsa Mosque and M. Azam Abed Alkhatib Altamimi, Head of the Islamic Waqf of Jerusalem to discuss the upcoming Israeli Knesset’s evening debate on a bill to end Jordanian custodianship of Al-Aqsa’s Mosque. Under the 1994 peace … END_OF_DOCUMENT_TOKEN_TO_BE_REPLACED