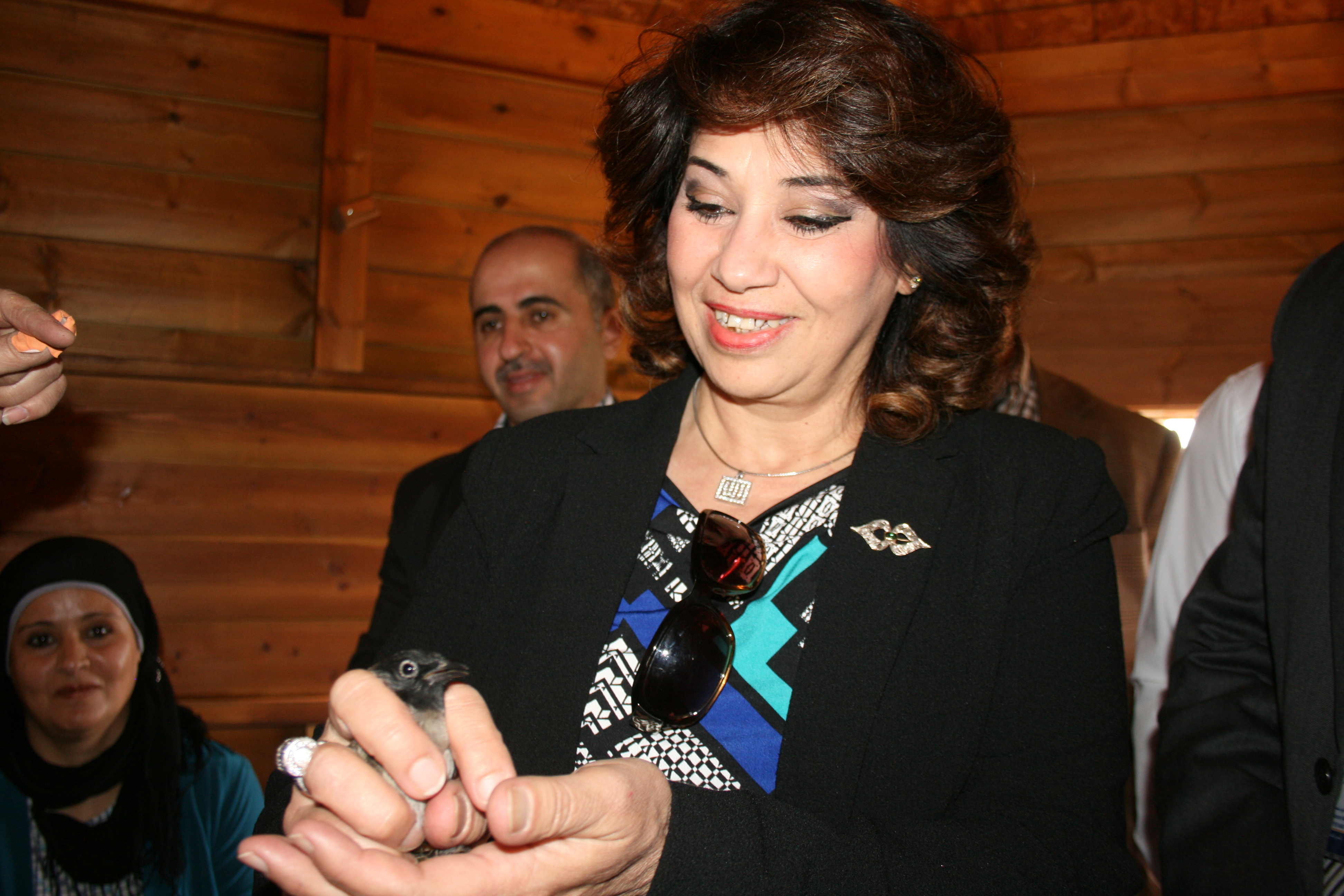 BEIT JALA – The Environmental Education Center (EEC), in collaboration with the Palestinian Environmental Quality Authority and the Faculties of Agricultural Engineering and Veterinary Medicine at Al-Najah University, organized the fourth week for bird ringing and monitoring in Palestine that took place from the 27th to the 31st of October 2014. The week included a number of events at the EEC’s Talitha Kumi ringing station in Beit Jala, as well as a temporary bird ringing and monitoring station established in Tulkarem. A number of international and local groups visited the center to learn about the birds of Palestine and the EEC’s methods of ringing and studying birds.

The official opening of the week occurred on the morning of Tuesday the 28th with a visit by the Head of the Environmental Quality Authority, Ms. Adalah Al-Atteereh, as well as other government groups and NGOs. Dr. Charlie Haddad, Director of Education for the Evangelical Lutheran Church in Jordan and the Holy Land, welcomed the visitors to the center. Visitors toured the EEC’s campus and watched demonstrations of bird ringing. The event culminated with the release of a Long-Legged Buzzard that had suffered a broken wing during the summer and had been rehabilitated by the EEC staff over the last two months.

Another event took place on Wednesday the 29th in Tulkarem at Al-Najah University with Ms. Adalah Al-Atteereh, Dr. Suliman Khalil, dean at the university, and Mr. Simon Awad, the executive director of the EEC. The EEC has established a seasonal bird ringing station in Tulkarem. A number of students, teachers, government officials, and NGOs participated in launching the week in the northern part of the West Bank. The professional staff of the EEC led participants in bird watching and a tour of the site. A workshop was held by the Faculties of Agricultural Engineering and Veterinary Medicine, which was attended by hundreds of students. The workshop included lectures by Mr. Mohammed Mohasnah from the Environmental Quality Authority and Dr. Ilham Khalil from the university, as well as Mr. Simon Awad and Mr. Mahd Khair from the EEC. The lectures covered the importance of biodiversity in Palestine and the importance of caring for creation as witnesses.

The week continued with visits by school groups to learn about migratory birds and how the EEC monitors and studies the birds. The final day of the week included a hiking and bird watching trip in the Al Makhrour area. EEC researchers documented more than 40 species of birds over the course of the week in Tulkarem, demonstrating the high level of biodiversity in Palestine. The EEC works to educate students and other visitors about the biodiversity of Palestine and ways to protect it.

To see more photos of the Environmental Education Center, you can visit the ELCJHL’s photo gallery.