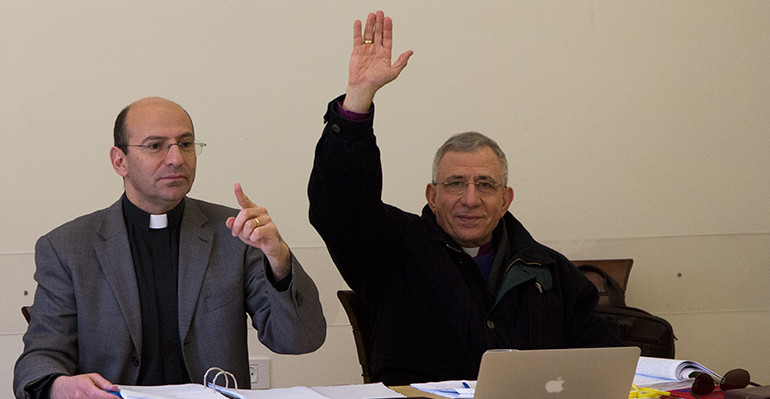 BEIT JALA – On Friday, February 27th, 2015, the Synod of the Evangelical Lutheran Church in Jordan and the Holy Land voted to adopt a Constitution for their Ecclesiastical Court – a court that was given authority to deal in family matters starting on January 1st, 2015 by Palestinian Authority President Mahmoud Abbas – based in gender equality.   The Constitution voted on by the Synod accepted equality in family life, including equal inheritance between male and female members in a family.  The prevailing constitutions for Ecclesiastical Courts often give women 1/8th of the inheritance of men.  Through the good work of the Women’s Desk of the ELCJHL and the entirety of the ELCJHL in regards to women’s issues and gender equality, the Lutheran Church has adopted the gender justice policy – the only Constitution of its kind in the Middle East.