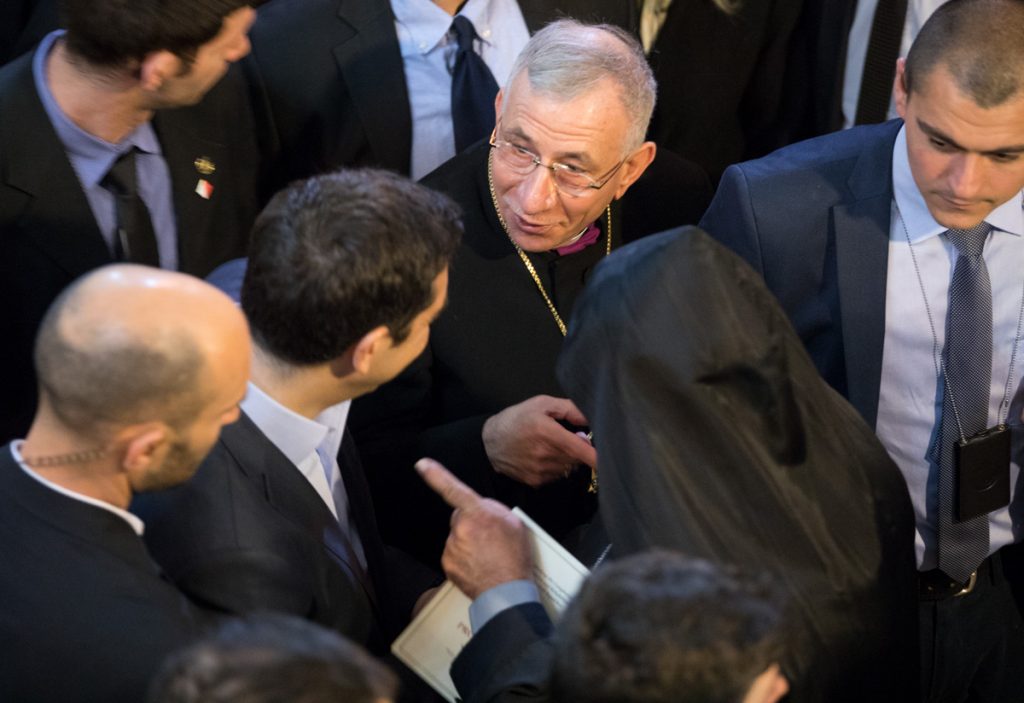 Bishop Younan and fellow Jerusalem clergy converse with Greek Prime Minister Alexis Tsipras after the official ceremonial unveiling of the restored Edicule of Jesus’ Tomb at the Church of the Holy Sepulchre, March 22, 2017. Photo by Ben Gray/ELCJHL

Jerusalem, 22 March – The tomb where Jesus is believed to have been buried is being unveiled again following nine months of restoration work that will be highlighted at a much anticipated ceremony Wednesday.

The shrine, which includes a 19th-century ornate edicule or shrine surrounding the tomb, is a key part of the Church of the Holy Sepulchre in Jerusalem’s Old City.

However, centuries of candle smoke and visiting pilgrims had left it discoloured and almost black.

Parts of it were also coming loose, with warnings that it was structurally unsound and posed a risk to the millions of pilgrims who visit the site every year. 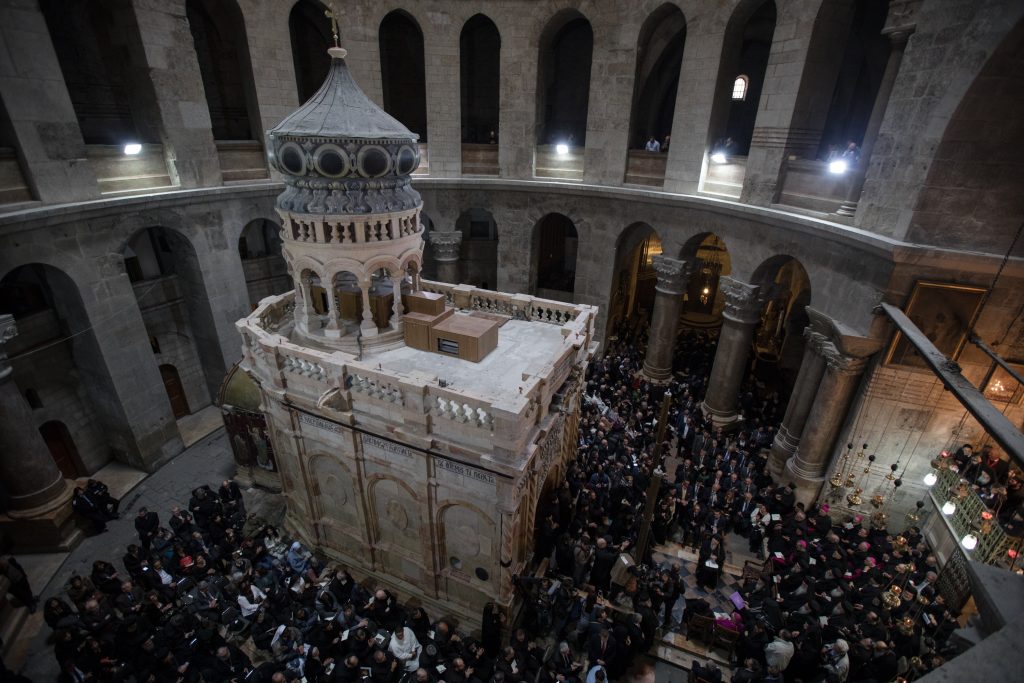 Israeli authorities briefly closed it in 2015 over security fears.

Following a $3.7-million (3.4-million-euro) renovation led by the church’s three main Christian denominations, the tomb has been painstakingly restored to its former glory — including a warm reddish-yellow colouring.

The tomb will be formally reopened on Wednesday in a ceremony in Jerusalem led by religious leaders and donors.

“Before this the monument was black,” chief renovator Antonia Moropoulou told AFP at the site.

“This is the actual colour of the monument, the colour of hope.”

Unlike other parts of the church, which were renovated between the 1960s and 1990s, the edicule had been neglected.

Moropoulou explained that they had systematically dismantled, cleaned and renovated almost all of the edicule, including the columns and upper and inner domes.

A window has been installed to allow pilgrims to see the bare stone of the ancient burial cave for the first time.

The new structural integrity means a protective cage installed 70 years ago by the British is no longer necessary.

“The deformations of the holy edicule are addressed and the structural integrity is assured,” Moropoulou said.

Samuel Aghoyan, the superior of the Armenian Church at the Sepulchre which co-financed the project, said that after the renovation the edicule looked “like a brand new building”.