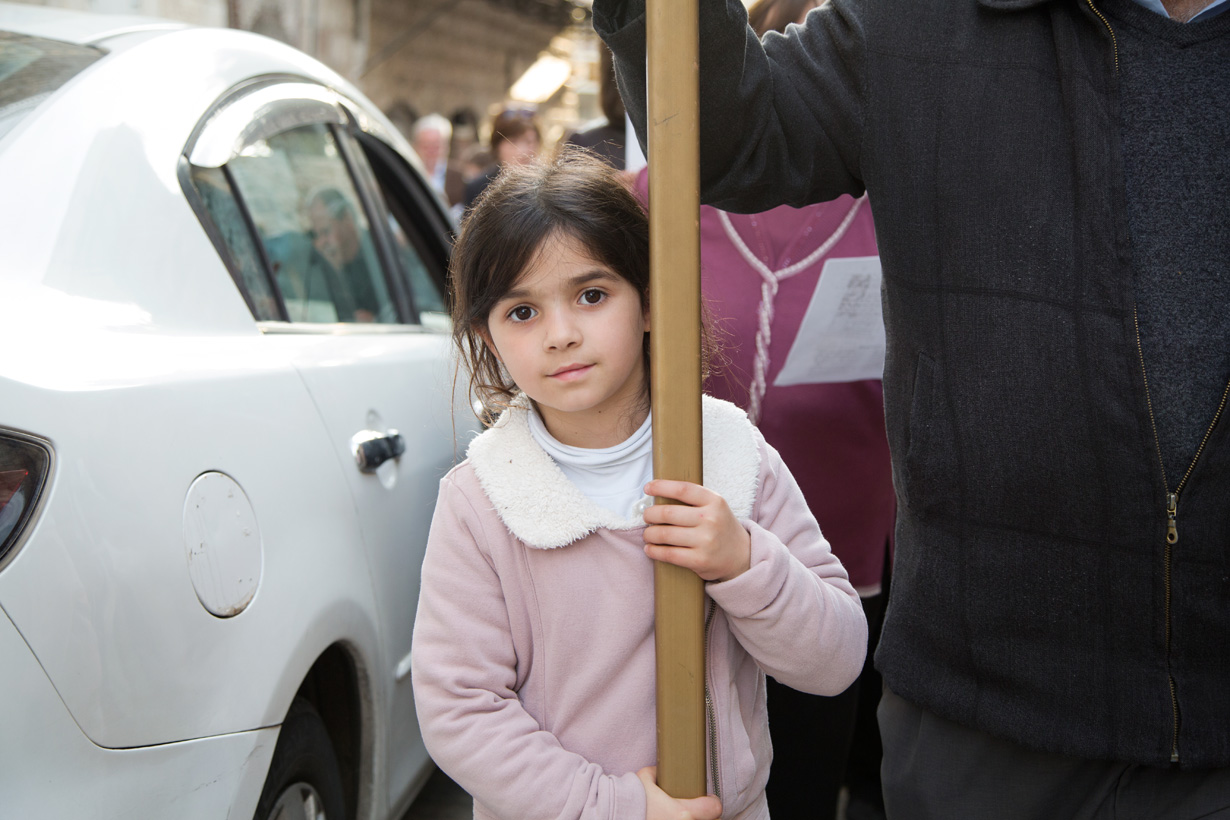 JERUSALEM – The Arabic, English, and German Speaking Congregations of the Evangelical Lutheran Church of the Redeemer in Jerusalem joined together for the Maundy Thursday Service on Thursday, April 2nd, 2015.  Reflections were given in both English and German and the Gospel was read in Arabic by Bishop Munib Younan.  Prayers were read in Arabic, English, German, as well as Swedish, Finnish, Norwegian, and Danish.  Ecumenical clergy attended the service, including Methodist, United Church of Christ, and Presbyterian.  At the end of the service, clergy gathered to strip the altar and met the congregation outside.

After the service, the congregation gathered outside the church to process through the Old City.  Children, women, and men from the Arabic Speaking Congregation of the Evangelical Lutheran Church of the Redeemer carried the cross during the procession through the Old City to the Garden of Gethsemane.  At the garden, a candlelight prayer service was held.