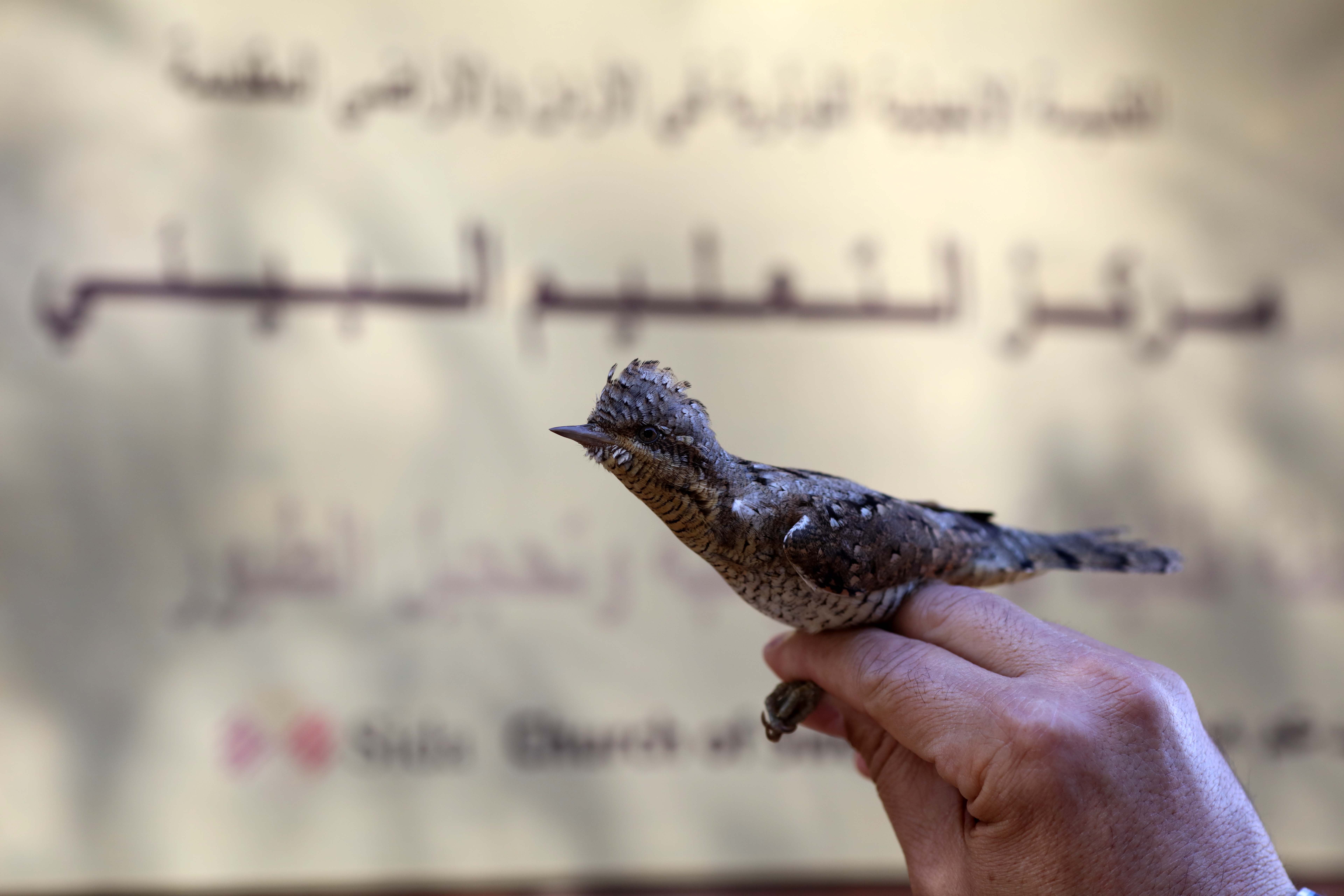 By Simon Awad, Director of The Environmental Education Center

His Grace Bishop Azar launched the Fourteenth National Bird Week with a speech beautifully articulating how important the EEC’s work is, in addition to calling upon everyone to engage in care for creation. The EEC-ELCJHL was honored to be in the Bishop of the ELCJHL’s company for the fourteenth National Bird Week. Members of all ages were delighted to learn more about Palestine’s bird populations and engage in part of the bird ringing process.

The EEC-ELCJHL launched the fourteenth National Bird Week in partnership with the Palestinian Environmental Quality Authority this Monday, 7 October. The EEC holds the study and celebration of birds in Palestine as a top priority. The Talitha Kumi Ringing and Monitoring Station which is utilized by researchers at the EEC, sits at a prime location for bird ringing – right in the center of the Eurasian-African flyway. Those at the EEC use this important research location not only to further their own understanding of birds, but also to spread this knowledge and enthusiasm to members of the community. Throughout this week, many school groups as well as any interested community members can come to the EEC and see the Talitha Kumi Ringing and Monitoring Station, speak with some of the bird researchers at the center, and learn more about the importance of bird biodiversity and migration to Palestine.