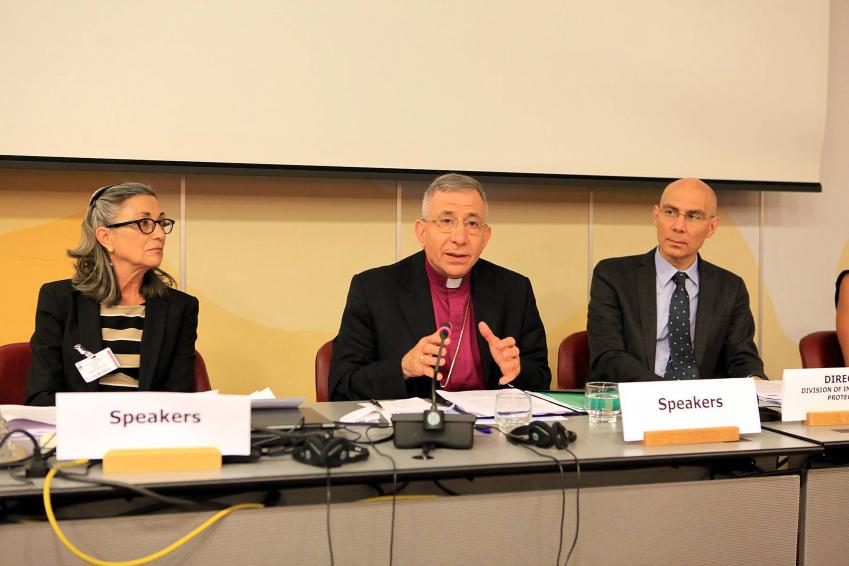 (middle) LWF President Bishop Dr Munib A. Younan at the launch of “Welcoming the Stranger” © UNHCR

Common Values for Co-existence and Protection

Commenting on the declaration, Younan, who is bishop of the Evangelical Lutheran Church in Jordan and the Holy Land (ELCJHL), said the fundamental principles refer to many religious traditions. “I believe this is significant, in our quest to find common values of co-existence and protection. Religion should be part of the solution,” he added.

The ELCJHL bishop emphasized that the religious reasons for welcoming and helping strangers in need “are not at their core about charity or alms giving. They are about respect for human dignity. We are called upon to help out of compassion because we share the same humanity. Our welcome and our compassion should have no ulterior motive.”

To learn more about the Lutheran World Federation, you can visit their website: lutheranworld.org.