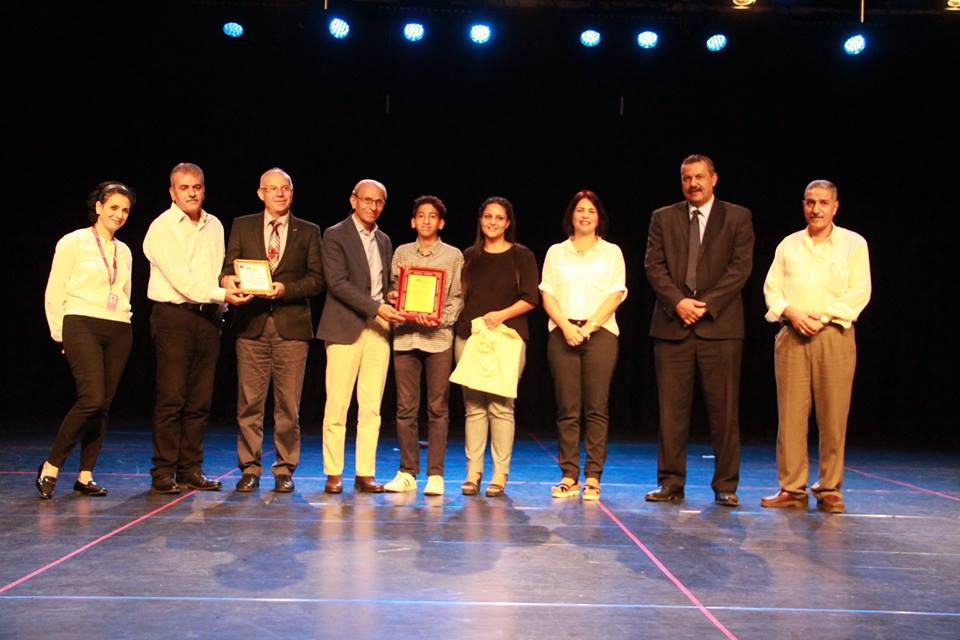 Ramallah – In the spring of 2018, the School of Hope entered the Ramallah Municipality Environmental Competition.

We were deemed eligible alongside 14 other local schools to be evaluated by a committee comprised of members of the Ministries of Education, Medical Affairs, and the Ministry of Environment. This committee’s role was to evaluate two aspects of each school: (1) its academic and social commitment to environmental friendliness and (2) a play with an environmental focus put on by students in April. Although our school has a long history of an environmental club the Al-Rajaa Theatre Troup only started in January 2018.

Regardless of the fact that they were so new, our theatre group put together a wonderful play for the April competition. On 15-10-2018, a festival was held at the Ramallah Municipality to bestow awards upon schools, theatre groups, and individual students. This festival drew people from various governmental ministries, principals of Ramallah’s schools, students, NGOs and families.

That day, the School of Hope received three awards – more than any other school in Ramallah district. Our theatre troupe got second place, the school was ranked third most environmentally friendly school in the city despite the fact that we have moved to the new campus recently, and one of our students, Michael Rishmawi, was named the second best actor in Ramallah. We as a school are incredibly proud of these achievements and of the fact that our students were able to compete so well in their first theatre competition.