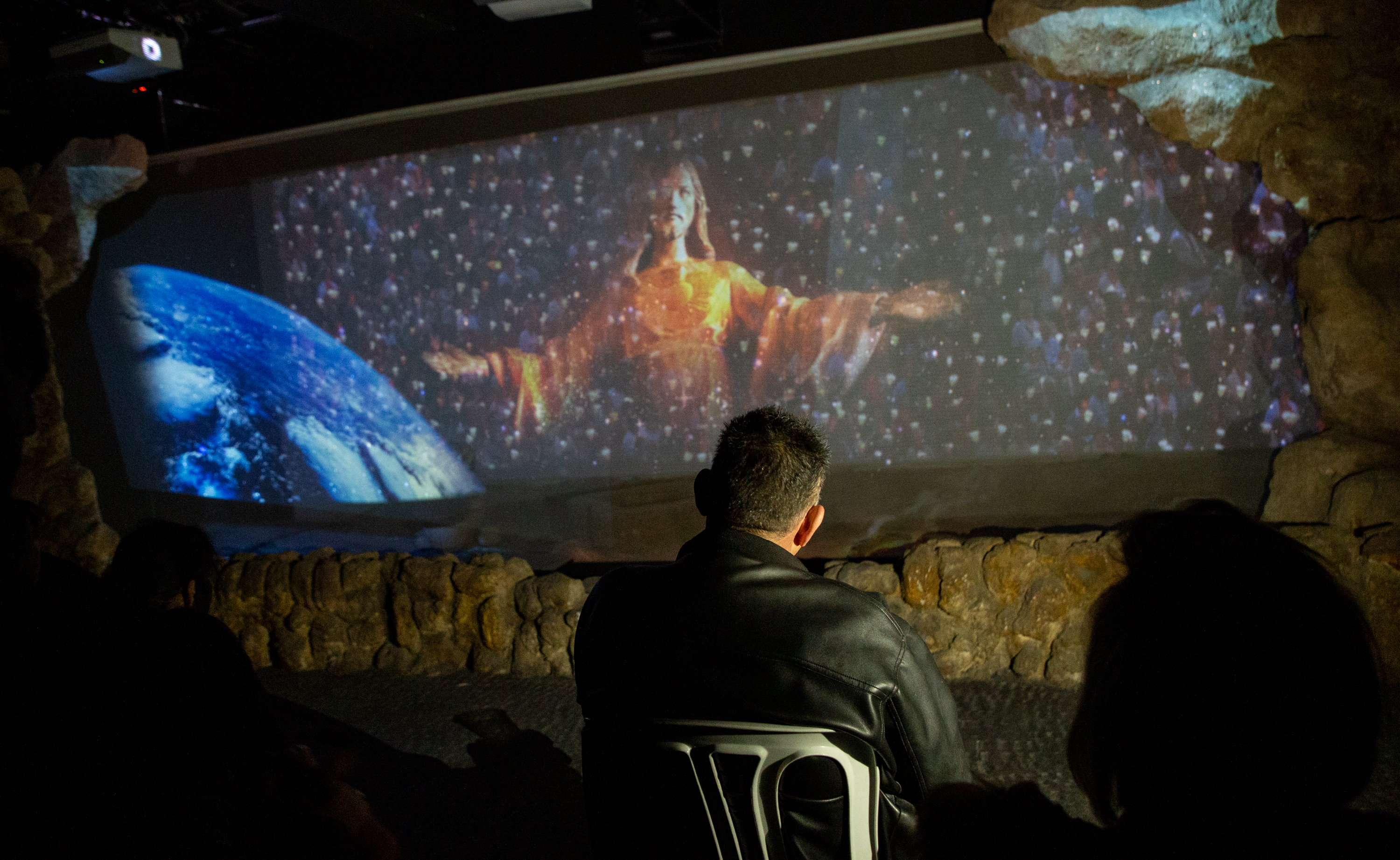 Trip a First For Many Members

The initiative began with ELCJHL Rev. Saliba Rishmawi when he realized that the new generation of Christians had not visited the holy sites, or as Rev. Rishmawi calls them, “The Fifth Gospel.”

Although the churches are not geographically far away – the farthest within the West Bank is Ramallah approximately 21 km away and the farthest of the seven is in Amman, Jordan – members of the seven churches rarely congregate with each other. This is partly due to the difficulties in navigating “security” checkpoints and border crossings that separate the West Bank communities, but also due to the lack of ELCJHL coordinated events.

With the blessings of ELCJHL Bishop Sani Ibrahim Azar, The Rev. Saliba Rishmawi developed a series of Holy site tours.

The first of the religious site trips was to the Northern Region on February 15, 2019 where the members visited Capernaum sites: The Church of the Multiplication, Church of the Primacy of St. Peter, the Church and House of Peter and Peter’s Mother-in-law, and the Sea of Galilee.

Then the group traveled by bus to Nazareth visiting the four-room multimedia dramatic film production of Mary and Jesus at the Centre International Marie de Nazareth and the Basilica of the Annunciation.

Due to complications at the checkpoint leaving Ramallah, the group’s trip started three hours after the planned start time and some sites were missed.

Even though the Holy sites are within the same country, due to permitting and movement restrictions around the country for Palestinians, many had never seen any of the actual sites of their faith.

“We have to receive permission to come here, and then once we receive permission we cannot come with our cars [with West Bank license plates] so we have to arrange with a group to come to these places, and most of the time it is the churches that make these arrangements for us,” said Mr. Bashar Qaqunda of Ramallah.

Another church member from Bethlehem said he brought his young family because he wasn’t sure if his children would ever be allowed to come in the future. He described the trip as possibly a once-in-a-life-time opportunity.

At the end of the day, the forecasted rain fell as members waited for the buses to pick up after the long day that began at 5 a.m., however, remaining thankful for the trip.

“It was good today that we had a tour leader that was very good that gives us all the information and has the best knowledge about these churches,” Mrs. Basma Amro of Beit Jala said about Elias.

The next trips are planned for March 22, April 12 and May 3; visiting the Qumran – Deadsea Scroll sites, Jerusalem Holy sites, Jericho and Nablus sites.