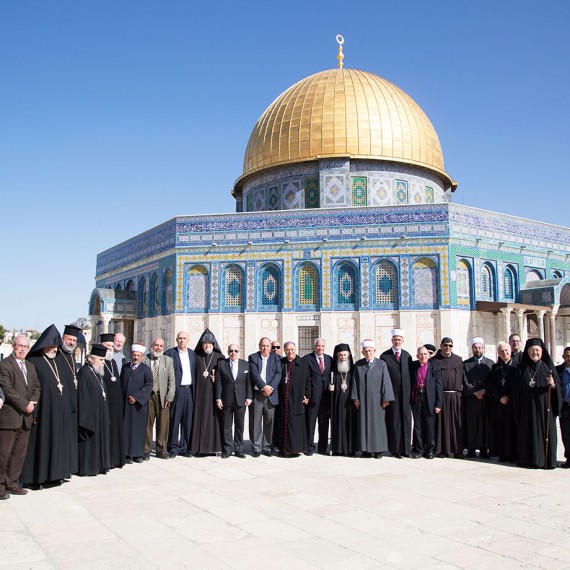 The Heads of Churches in Jerusalem visited the Grand Mufti and the Islamic Waqf to show solidarity between the two religions and to endorse the historic Status Quo of the Holy Sites in Jerusalem. (© D. Hudson/ELCJHL)