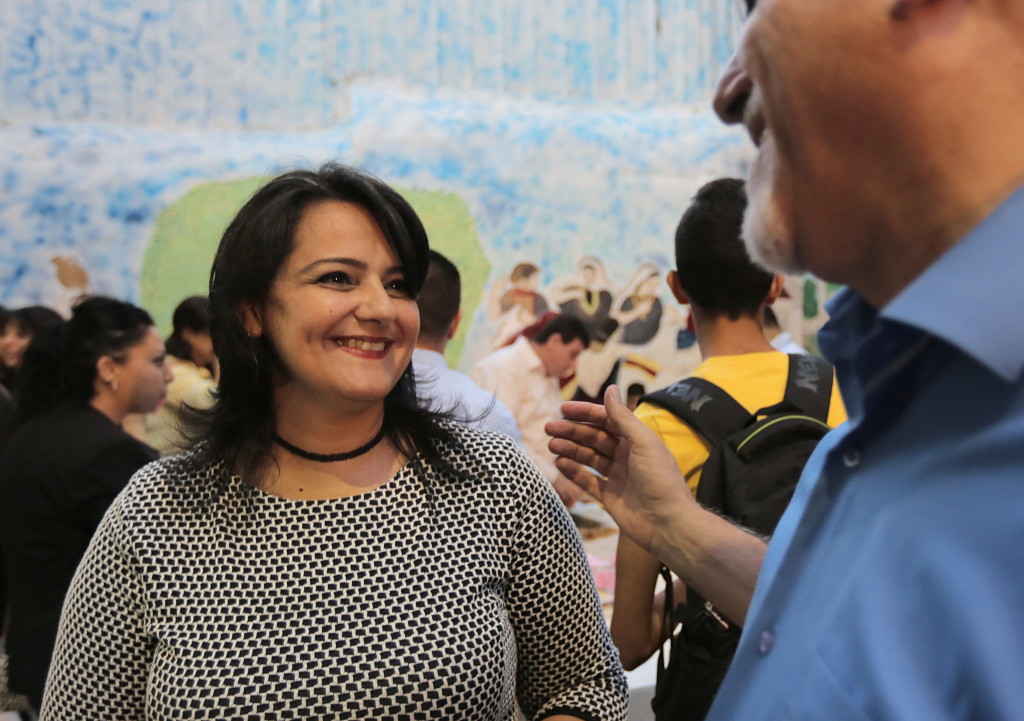 Four days before the start of the 2016-2017 school year, on 23 August 2016, the Evangelical Lutheran School in Beit Sahour (ELS) celebrated a change in leadership. Founded in 1901 through partnership with local church members and German missionaries, ELS is the second largest running school in Beit Sahour.

Mr. Shawki Issa Hawash retired after serving as principal of ELS Beit Sahour for over 30 years. His successor is Ms. Georgette Hazboun Rabadi who was the Educational Development and Liaison Officer of the Evangelical Lutheran Church in Jordan and the Holy Land’s (ELCJHL) Department of Education. Principal Rabadi holds a Master’s degree in Education Administration.

“She is a visionary woman and she has ideas. She knows exactly what the school is about. The pros and cons of that school,” said Resource and Curriculum Officer Mr. Salameh Bishara. “What she wants is to strengthen the school.”

Approximately 60 people gathered in the courtyard of the Beit Sahour school honoring the past and current work of Mr. Hawash and welcoming in the visions and goals of Principal Rabadi.

With honor and respect, the high school students performed in a marching band, a traditional Palestinian instrumental trio, and danced the traditional Dabke adding to the fanfare of the changing of the baton.

Church leaders from the ELCJHL and the Beit Sahour Catholic church were in attendance to bless Mr. Hawash and Principal Rabadi on their new beginnings.

Mr. Hawash in the black suit

When asked what Principal Rabadi had planned for the school under her leadership, she said she has developed three goals: 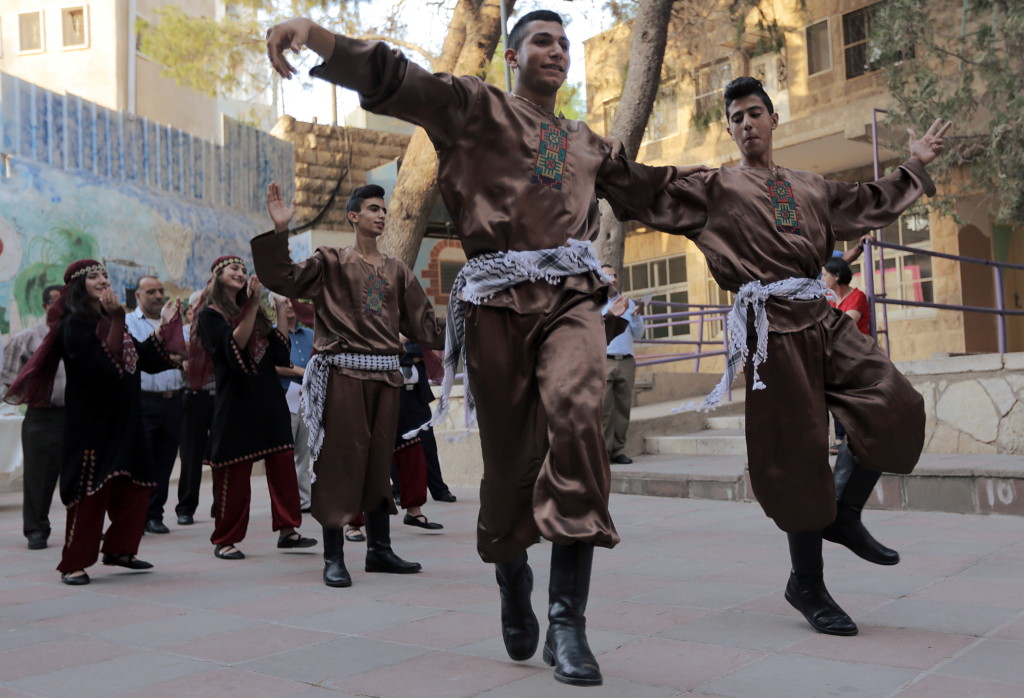 “We offer Bass for Peace band and Dabke traditional dance, but the Dabke performers had dropped to only four, and I was able to call and increase participation, as you see.”

The ELCJHL welcomes Principal Rabadi and asks that the entire church here and abroad pray for the continued success of the Beit Sahour Lutheran School.