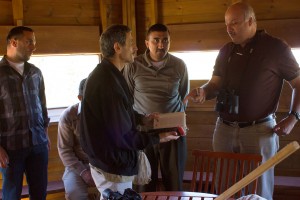 BEIT JALA/JERICHO – The Environmental Education Center (EEC), along with the Environmental Quality Authority of Palestine, co-hosted the 2nd National Bird Ringing Week in Palestine. Groups from around the world, including from the United States, Germany, and Austria, visited the EEC’s ringing station in Beit Jala to watch a demonstration of the technique and to hear more about the birds that travel through Palestine. Schools from Beit Jala, Beit Sahour, and Bethlehem also participated in the visits and museum tours to teach children about the importance of Palestine’s natural resources. 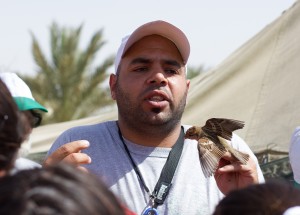 The week ended with a discussion on the Palestinian Sunbird, the birds of Palestine, their importance, and the threats to their existence. The EEC encourages children and adults to learn about the biodiversity of their homeland and how they can protect it.

To see more photos from the 2nd National Bird Ringing Week, you can visit the ELCJHL’s photo galleries for both the bird ringing station in Beit Jala and the day trip to Jericho.