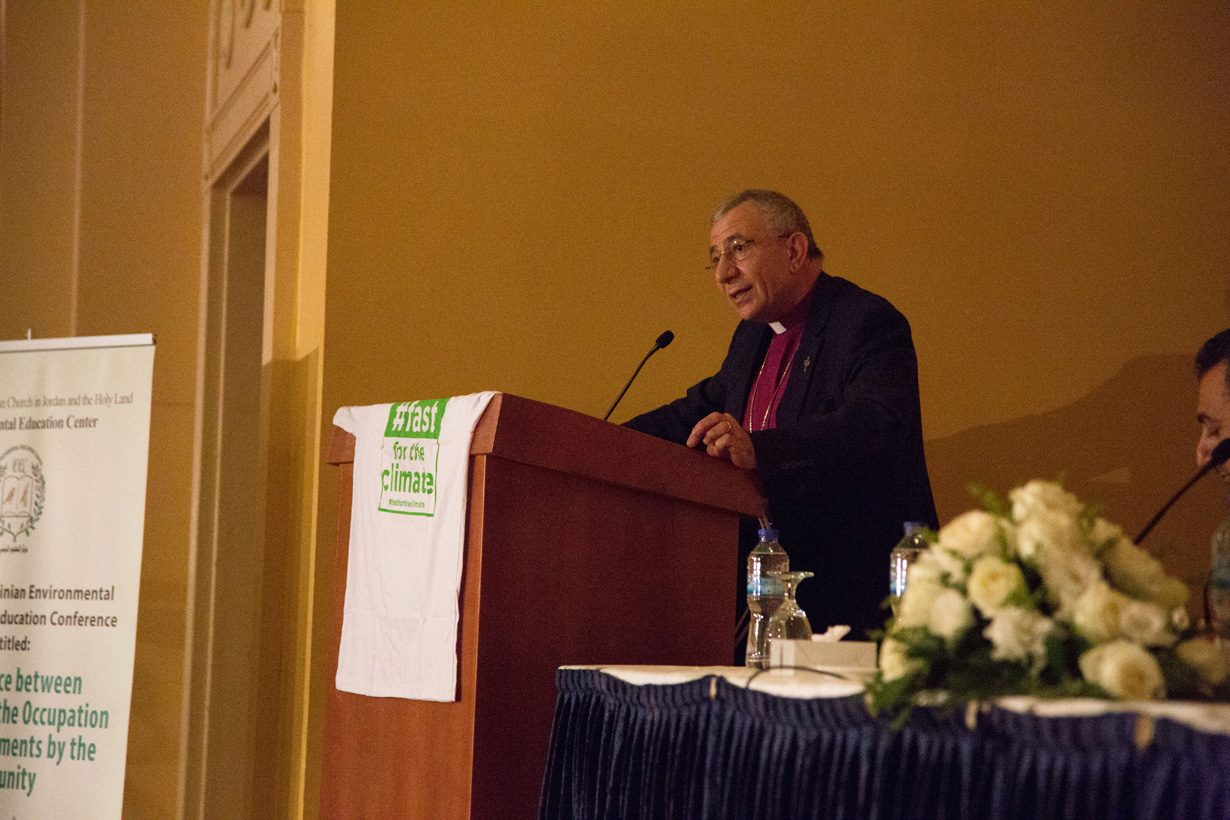 The opening ceremony was attended by several persons, including: Representatives of the Prime Minister Dr. Rami Hamdallah; Engineer A’dala Al-Ateera, Head of the Environmental Quality Authority; His Excellency Major General Majid Fityani, the Governor of Jericho and the Jordan Valley; Her Excellency Anne Sophie Nelson, Consul General of Sweden; Mr. Mohamed Taha, representative of His Excellency the Governor of Bethlehem;  Dr. Qasim Abdo, representative of the Minister of Agriculture, and Assistant Undersecretary for Natural Resources; Mr. Nafiz Rifai, representative of the Minister of Foreign Affairs; Dr. Charlie Haddad, the ELCJHL Director of Education; Fayez al-Saqa and Mohammad al-Lahham, members of the PLC; Directors of the Ministries of Education, Agriculture, Health, and Local Government; Mr. Simon Awad, the Executive Director of the EEC.

Twenty-two research papers and visions of specialists, academics, experts, and officials were presented in the conference, in the presence of more than 500 local and international participants. At the closing of the conference, a sub-committee, including representatives of the Ministries of Agriculture, Local Government, Education and Higher Education, the Environmental Quality Authority, universities, the Palestinian Environmental NGOs Network, and the EEC, in addition to representatives from the Ministries of Health and Transportation, was formed to follow up on the decisions that emanated from deliberations.

The decisions made in the conference constitute the nucleus of a joint action plan that will be executed by the EEC over the next five years (2016-2021) in partnership with government institutions and civil society organizations. In addition, the plan’s final form and its explanatory memoranda will be ratified and published following the committee’s first meeting, which will be held before the end of this year at the EEC headquarters in Bethlehem.

The most prominent decisions include: