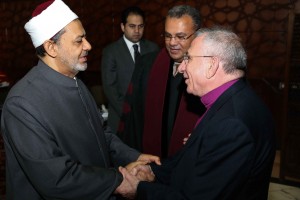 AL-AZHAR, Egypt – With the help of the Coptic Evangelical Organization for Social Services (CEOSS), the leadership of the Mainline Evangelical Churches of Lebanon, Syria, Iraq, Iran, Palestine, Jordan, and Egypt were given a chance to meet with the Grand Imam of Al-Azhar, His Excellency Ahmed Tayyib, the highest authority of Islam.

Led by Rev. Dr. Andrea Zaki Stephanous, General Director of CEOSS and President of the Fellowship of Middle East Evangelical Churches (FMEEC), and in the presence of the General Secretary of FMEEC, Mrs. Rosangela Jarjour, the heads of churches discussed the significance of Al-Azhar and the significance of the Grand Imam using his authority to speak out for moderate Islam.

Bishop Younan of the Evangelical Lutheran Church in Jordan and the Holy Land thanked the Grand Imam for the Al-Azhar Document for Basic Freedoms that was created in cooperation with the Coptic, Orthodox, and Evangelical Churches and for speaking out against extremism in the Islamic faith. The Grand Imam expressed worry about the growing extremism in Islam and his conviction that extremism perverts Islam. The Grand Imam Tayyeb told the gathered church leaders that Al-Azhar is taking the issue of extremism very seriously and that they continue to speak on issues of importance, including Arab Christianity in the Arab and Muslim world.

In this vein, Dr. Habib Badr, the head of the National Presbyterian Church in Beirut, Lebanon stated: “It is very important for us to know where Islam is heading. Wherever Islam is heading, Arab Christianity is heading.”

The leaders asked Al-Azhar to continue speaking out on basic freedoms and asked him to speak on equal rights for all citizens.

We are thankful to CEOSS and the Nile Synod for arranging the meeting. We are thankful that the mainline Evangelical churches, organized by FMEEC, are playing a leading and significant role during this tumultuous time. 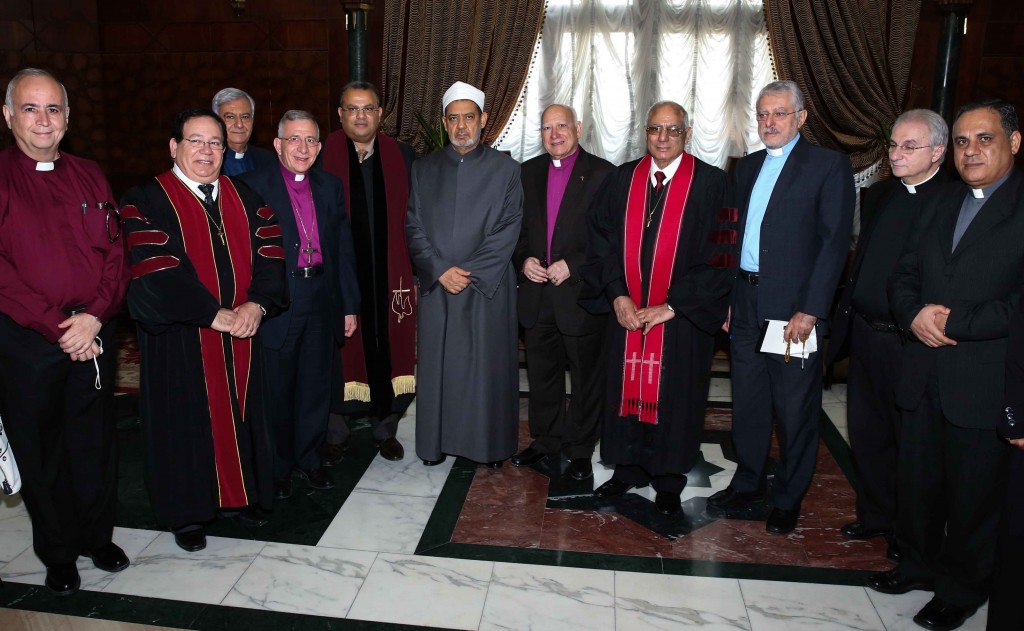