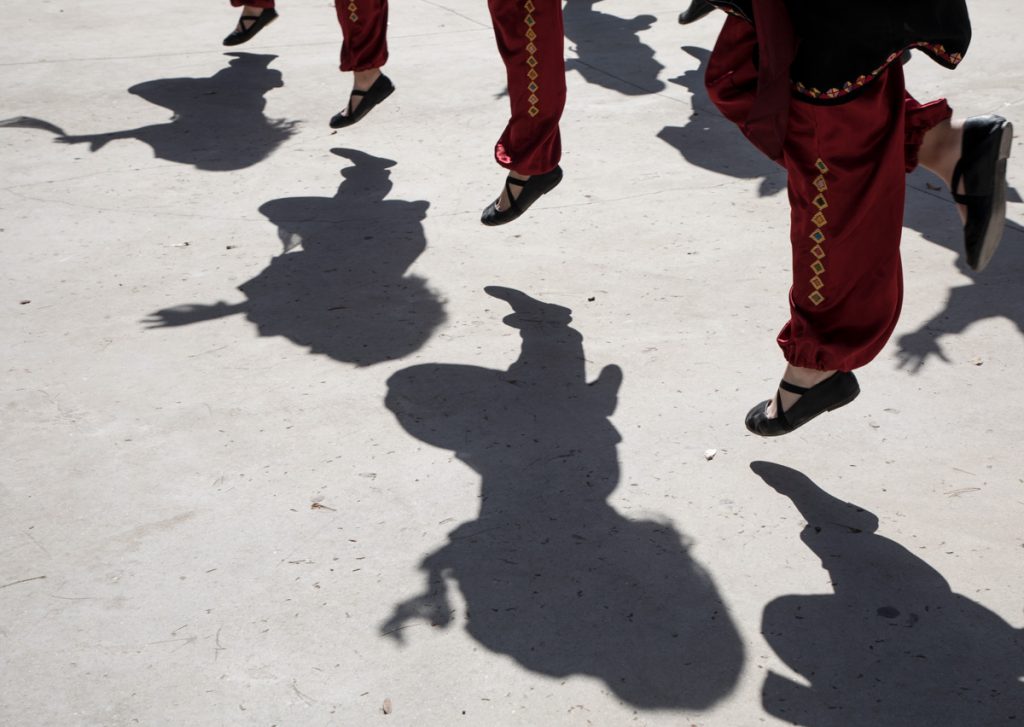 Beit Sahour – After winning first place in the Artistic Competition among schools in the Bethlehem District organized by the Palestinian Authority Ministry of Education, The Evangelical Lutheran School (ELS) in Beit Sahour also won the first place in the second round of this competition on Wednesday 22 March in Doha, Palestine.  Later, the Ministry of Education announced Beit Sahour School as second place winners in the district.

The competition was a combined performance of the school’s Dabke group, the choir, and a group of students playing traditional and modern instruments.  ELS music instructor, Wassim Qassis conducted 45 students in a musical production.

On April 13th the winning schools will perform the same show for the  Minister of Education in Ramallah.

Dabke is a traditional folk dance and music that remains an important part of Palestinian heritage.

Beit Sahour School and ELS encourage students to join the Dabke group in order to keep the tradition alive. They perform in many public events in Bethlehem like the Olive Picking Festival and the Christmas Celebrations around Palestine.

Additionally, they perform for visiting guests as an entertaining way to introduce them to the local tradition. The current program is the first cooperation between the choir and the Dabke group.

This summer some students from the Artistic Competition will perform abroad in Switzerland.