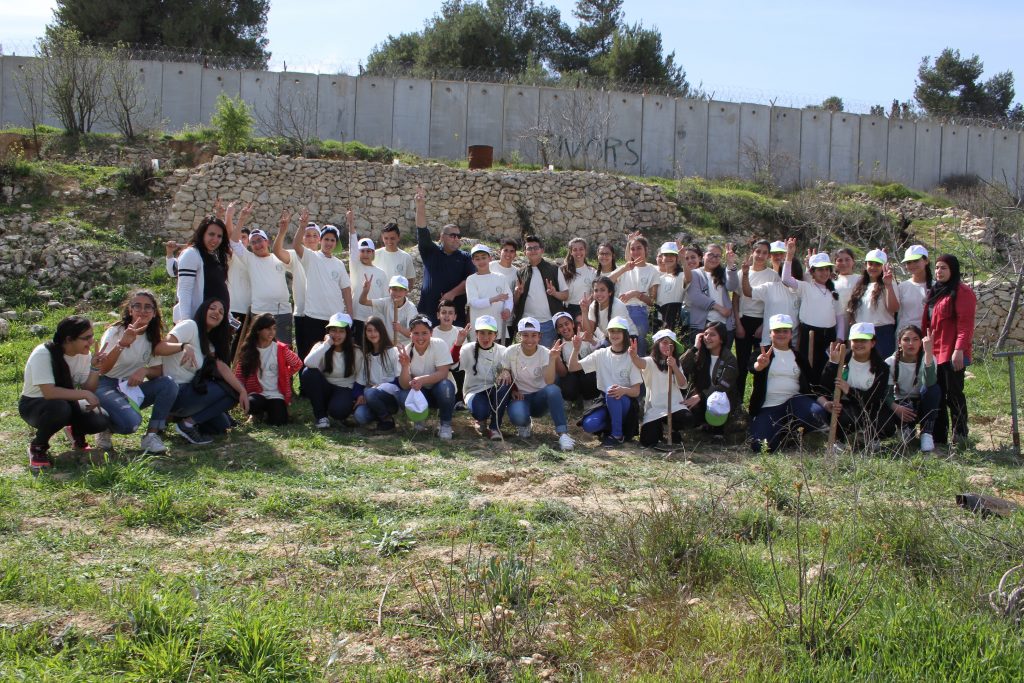 The EEC supervisors explained the importance of trees as a necessary function in the ecosystem. EEC educators facilitated group discussions about the olive tree as part of Palestinian land and identity. Also, the EEC staff prepared the trees and equipment for planting. Before the students planted, EEC staff taught them proper planting techniques, how to dig safely, safe planting distance, and methods of irrigation.

The Students Planted 20 olive trees and another ten native trees in Mr. Simon Naser’s property, which is near the Separation Wall. The students were happy to have a conversation with the farmer, and they understood and felt Mr. Naser’s steadfastness in his land, which is threatened by Israeli confiscation, every day. 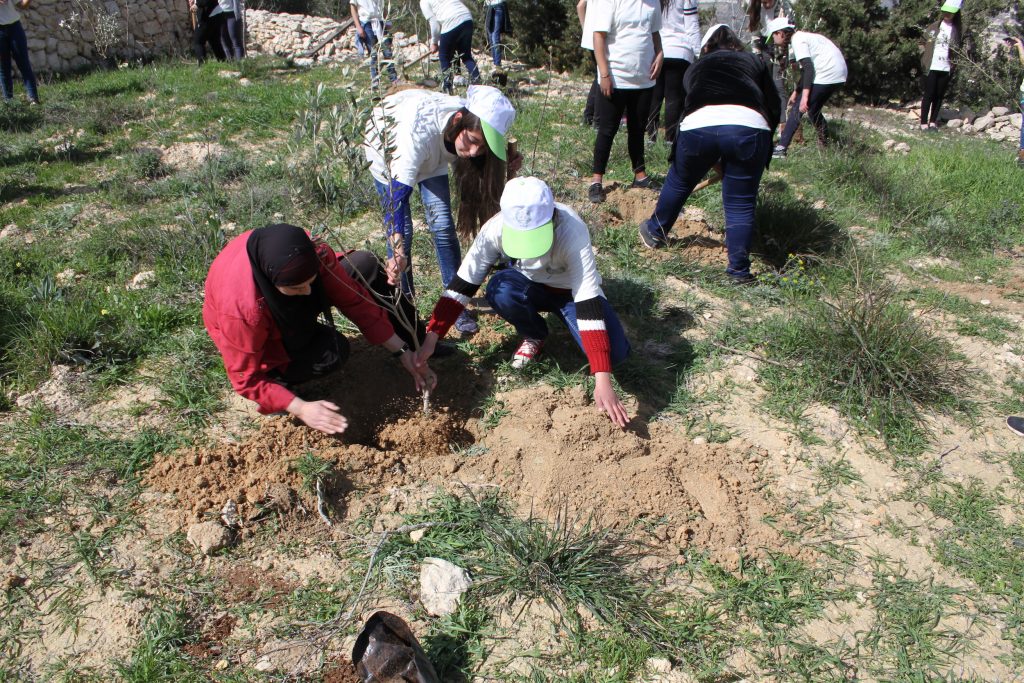 Mr. Naser was born in Beit Jala City in 1953; his wife inherited a house and four dunums (1 Acre) of land from her father. When the Israeli Occupation began building the Separation Wall, some of their property was confiscated, and now the Wall surrounds it.

Mr. Naser said that the Wall increased his determination to take care of the land that remained. He started planting olives trees and native plants. Mr. Naser added that he appreciated the EEC for its planting campaigns on his land. He thanked the EEC for the nearly 80 olive trees and 30 native plants that he received from the EEC in 2017 – 2018.

Mr. Naser said that he picked olives from the trees that he received from the EEC last year. Furthermore, the EEC helped him in obtaining tubes to protect the trees from stray dogs that harm his trees. 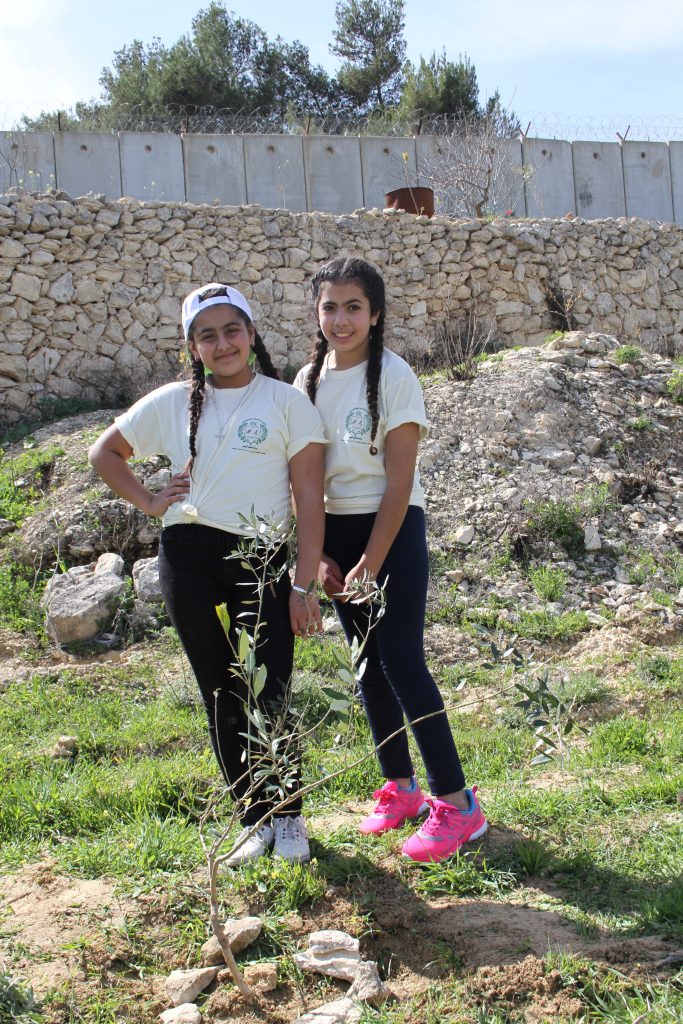