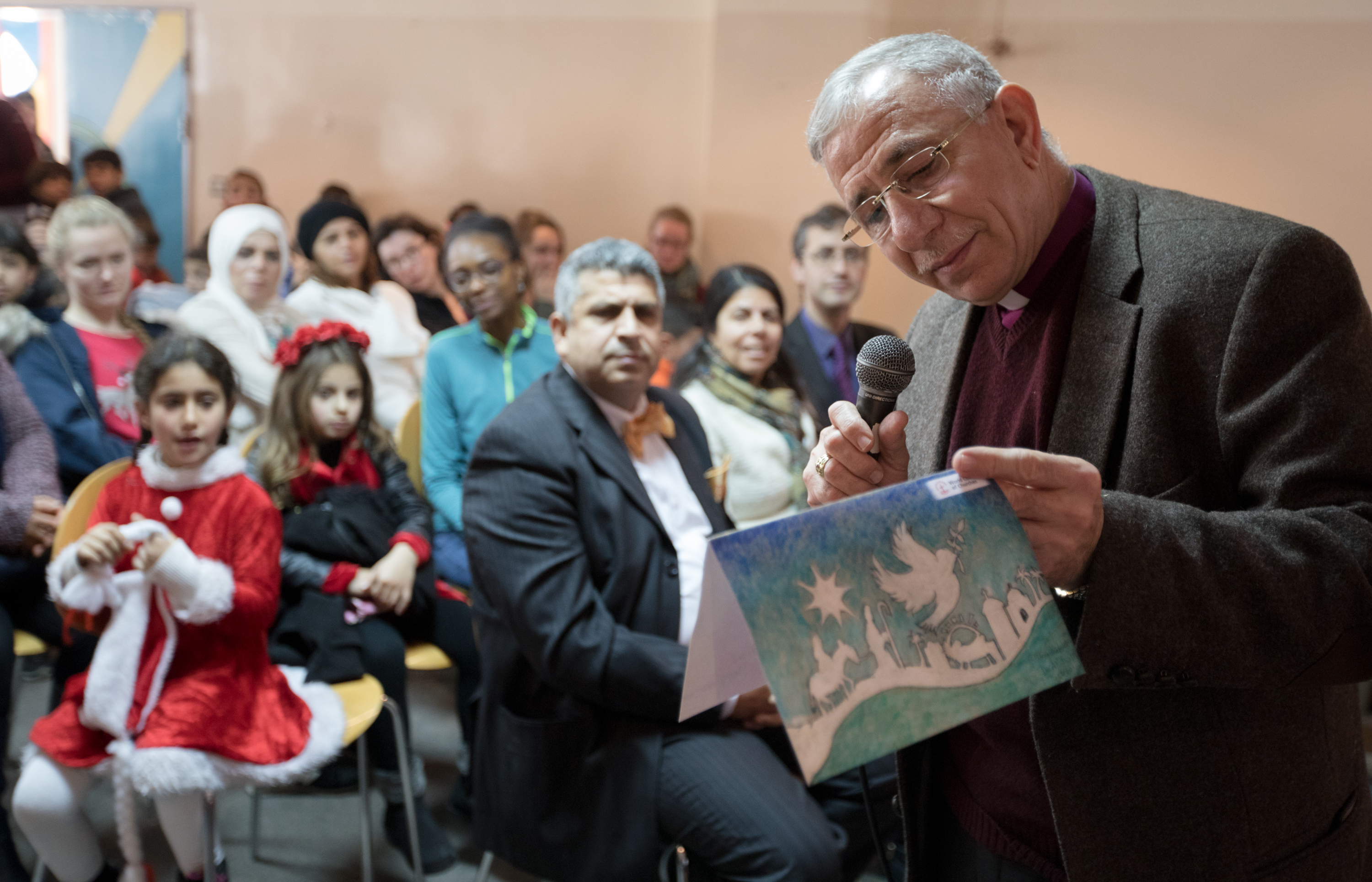 Geneva/Bethlehem, 22 December As Christians worldwide await the arrival of the Holy Child in late December, children in Bethlehem have been playing a particular role in preparation of the World Council of Churches’ (WCC) Christmas message this year.

Through a collaboration between WCC Communication and Bishop Dr Munib Younan of the Evangelical Lutheran Church in Jordan and the Holy Land, Palestinian children from a variety of schools in Bethlehem were invited to share drawings, illustrating their own perspectives on the Christmas story.

The project formed part of a deepened collaboration for just peace in the Holy Land, and the contributions display a variety of illustrations of what this means for children in Palestine today.

“I believe communication belongs at the heart of the work and being on a pilgrimage of justice and peace together,” says WCC director of Communication Marianne Ejdersten. “We cannot give account of the reality around us, or articulate our hope, if we are not communicating this to one another and to the world.”

“The invitation to the students to share their own reflections with drawings was part of this, to reflect on the role of communication in building just and peaceful communities. Communication for peace creates chances for people to consider and value non-violent responses to potential and actual conflict,” Ejdersten adds.

Once the children’s drawings had been submitted, the WCC appointed a jury of WCC staff to select the strongest contribution. The winner, Massa Zahdeh, was a Muslim student of the Dar al-Kalima Evangelical Lutheran School in Bethlehem whose drawing now features on the cover of the official WCC Christmas Card.

The WCC found a proud and joyful principal in Dr Anton Nasser when visiting the school on 8 December. “It’s a big honour and joy for me and the students to see the drawing by Massa Zahdeh with the Christmas message from Bethlehem distributed to the churches all over the world,” Nasser said. “This is a peace initiative and inspires students to reflect on just peace in the Holy Land.”

The drawings were a source of inspiration for the WCC general secretary’s annual Christmas message, and also formed the basis for the WCC’s Christmas Video 2016.

The Dar al-Kalima Evangelical Lutheran School in Bethlehem was founded in the year 2000. It is co-educational from kindergarten through the 12th grade, and believes in peaceful co-existence among all people, including harmony and tolerance among Palestinians, both Christians and Muslims.

Christmas 2016, A greeting from the World Council of Churches